The Unjust in West 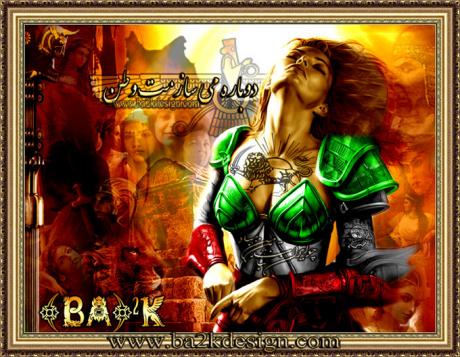 A letter of a Middle Eastern person to the government of the USA. For your information of Unust also in the USA , the human right country?

To whom it may concern My name is Ali J., I am a college teacher for languages and I can teach eight languages. I was university teacher, consultant for the government and  teacher in German Embassy school in Tehran. Due to the Religion of my mother who was Bahai and due to be teacher in Christian school also I have been persecuted in Iran and had to live the land.My Bahai family and Moslem friend misused my situation and took advantages and robbed me.  I came here and started to work in different places until I had part of my documents and I could be teacher for Latin and German at the Oviedo High School and instructor for Arabic, German and Politics at Seminole Community College.  Sorrowfully after that I trusted the Orange County and my life is destroyed by them.  Some students wanted to learn privately in my house, they came to my house and I taught them.

My house was in Sub-divine and Oviedo city, with the home owner association told me that I cannot have classes in my house. I went to Orange County for solving the problem and they told me if I buy a house in the County and with agricultural zone we will give you permission to have occupational license. I bought the houses and they gave me the occupational licenses. The neighbors claimed for my ad and the code informant came and saw that I have the permission. But after three years, the zoning department said, they made mistake and they cancelled my license, they told me I can rent the houses to the regular people. But with their mistake I lost all my time, money, saving and energies I put in that boarding school. They did mistake and I have to pay for their mistake. They destroyed my life. The people who rented my houses saw a nice house, with a lot of good furniture, they did not pay the rent and as I went to the court system to pay the court and sheriff to send them out of my houses, the tenant have time enough to destroy my houses, take my materials and in the time the paperwork had done and the police did come, they left a damaged house for me. The insurance company Liberty Mutual robbed me, too.

They just paid for one week to dry the house which was damaged by water; they refused to pay for the damages. They collect many years money for insurance, but in the time I needed them, they cancelled the insurance. With other words I have to pay them for nothing and pay the damages, too. It is clear that in this condition I could not pay as I have been robbed from many sides.   I passed all the exams to get another job as the boarding school and the building did not make money any more. I passed all the exams, but at the end they did not hire me, because I had bad credits.  The Orange County zoning dept. made mistake and I am responsible for their mistake and have to pay for their mistake.  The insurance Company did not pay me and I have to be punished for their robbing, too.  The people gave me checks, but their check cannot be cashed and I have been punished for their cheating. I am 67 years old and worked fourty years in three different countries. Iran Germany and USA and I have been persecuted in Iran and have been robbed one time and here, too.  Why other people and Orange County should not be responsible for their mistakes and robbing. Why I should be punished for their mistake and robbing?       If there is a law I should be protected, too. How can I pay, in the time that many people robbed me and all of them are supported by law? The bank even does not give me the telephone number or the address of the people who robbed me. Why I should be target for paying other people mistake. I am US citizen, but may be because I am originated from Europe and Middle East should be punished and ignored here? I thought everybody is equal against the law, but in my case I see that other people are supported and I am not supported. The Orange County said I have to go to the lawyer, but the lawyer will a lot of money in front which I do not have now. The tenant robbed my house four times, they took even doors and water heater, washer and dryer and other furniture, and the police came and wrote letters. How can I survive, it so many people make mistake and take my belonging and furniture.  Is it Just that the people rob me, the county makes mistake and I have to be punished for their mistakes and robbing?   I hope with attention to the world system which is robbing and destroying especial in the third world and Middle East. My case will be reviewed justly and not indifferently or just ignored.  The world will have soon problem if the unjust govern the world.  I am willing to work and willing to be active.

I rescue a lot of boys and girls with my boarding school and that is my reward, to be destroyed completely. If a person work for education and humanity should be supported by government and churches and not to be ignored and robbed?  Who is responsible for all these unjust happened to me. Is the whole system just useless and nobody will hear to unjust happened to me?  Today I am the victim and later other people will be and the society will suffer for unjust soon or late. I worked fourty years as a high class official and college teacher and what ever I had is robbed and no penny is left for me. And you know the people like me have billions of dollars in their bank account. Should I be punished, because I was honest and worked for humanity?  These cruelties which have happened to me can happen next time to other people. Today I am the victim and later other people.  The unjust and to be indifferent should be removed.   I hope we can start it with USA as I am also a citizen and can help the county to be better. I know a lot languages and I know a lot of cultures and problem in the world and can help, instead of robbed and be ignored.    Yours Ali J