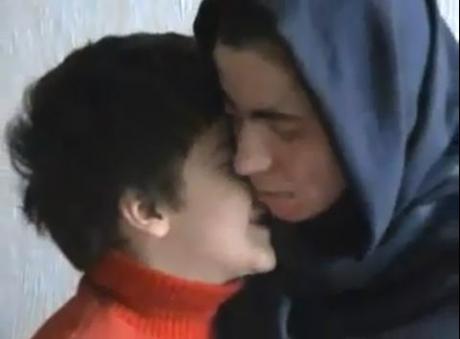 On March 8th, International Women’s Day, do not forget the women who are victims of violence-
women whose hopes are eliminated in the darkness of violence and unequal laws.

Masoumeh, 27,  is a victim whose life was darkened in the shadow of violence. Six months ago, her father-in-law splashed acid onto her face for divorcing [his son] who physically abused her from the onset of their marriage.

Masoumeh lost both of her eyes and the skin on her hands and face burned badly. Terror and dispair cast a shadow on her life.

She has placed her hopes on physicians who say that, with surgery, one of her eyes can be saved.

Since a few months ago, the beautiful Masoumeh has needed surgeries for the skin on her face and hands to return to normal.

She needs surgery to be able to see from one of her eyes again. Masoumeh needs our help to afford the surgeries.

[editor’s note: For anyone who wishes to donate money to help Masoumeh afford the needed surgeries and laser treatments for her burns, please leave a comment on this post or send an email to: editor@persian2english.com and I will contact you with further information].

Masoumeh’s Story, in her own words:

Our disagreements began from the official engagement day. He harassed me from day one. I had to give up a large sum of my dowry to divorce him. After we separated, my ex husband and I did not have much contact with one another, unless he was coming to see our child, [which occurred] once every two weeks or once a month. [He and his family members] would come pick up our child. In the last few months (before the acid burning incident), no one came to see our child, but my father-in-law began to contact me more.

The father-in-law [came by] and opened the trunk of his car. I saw two wrapped gifts sitting in the trunk. He told me to close my eyes so he could give me a present. He said that he would not give it to me unless I closed my eyes. I had trusted him. I didn’t think he would do anything like what he did. I closed my eyes. I immediately felt a burning sensation. I felt like I was on fire. I ran around in my backyard screaming, until my family came, washed my face and hands, and took me to the hospital.

Every time I ride a taxi, I’m not even able to look out the window. It’s hard.

I really enjoy drawing. I wanted to continue with it. And when I was involved with graphic arts, it was because of my love for drawing. But, with these hands and eyes…

Masoumeh talks about the culprit:

It was first believed that he had received a few days prison leave due to heart problems. But, when we went to court, it was confirmed that he was released on a $50 dollar bail. That was very hard [to deal with]. That day I couldn’t even eat. My nerves were a wreck.

When I think about the fact that he is walking free…

My family and I live in a small city. The people say to my dad, “Your daughter is the one who was tormented and he is able to buy and sell cars and operate his life with such ease.”

I don’t know, but do our laws allow for someone to be so easily tortured? My life is completely destroyed. The doctor has told me that I won’t be fixed with numerous surgeries. [The doctor said that I] have to come and go for the rest of [my] life.

My only hapiness would be that, with a couple surgeries on my right eye, I may be able to see my feet and my son again. That is all I want. I don”t want the ability to see for [any other reason]; not even so I can make ends meet. I just want to be able to see my son.

Masoumeh talks about the needed surgeries:

It is hard to travel back and forth from the [clinic]. We don’t have the financial means to take a plane or a train, so we are forced to take a bus there and back. And the cost is very high. When they performed a skin graft on me, I [was instructed] to not board a bus or move to prevent any problems for my eye and so my stitches do not open. I was forced to take it easy.

They said that after the Persian New Year, they would like to begin the surgery process.

Once upon a time, I was filled with hope.