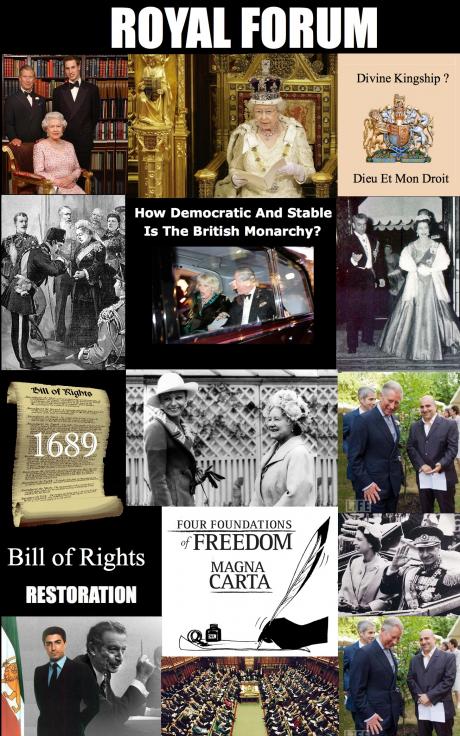 As the UK is rocked by riots concerns are raised as to the stability of the democratic institutions in Great Britain and the role of the Royal Family. This Excellent documentary offers some interesting and surprising revelations on the pros and cons of the British Institutions: Is Queen Elizabeth II as powerless as it is often claimed or does the Queen of England have Royal Prerogatives ? Can she influence her country’s politics ? Or is she Only a symbolic figurehead as for instance is the case in a Truly Constitutional Monarchy like Sweden ( which has a much younger dynasty than that of the House of Windsor) Is the Labor Party inspired by Republican ideas ?

The Crown: PBS Report on how and when it can be borrowed  by the Queen for ceremonial duties:

And Explained by Her Majesty The Queen Herself:

New Rules Set for the British Monarchy and it’s Constitution:

Ten things you didn’t know about the British monarchy
(Not all is applied as strictly as proclaimed here except on paper):

( Date of the American Revolution):

The Glorious Revolution, also called the Revolution of 1688, was the overthrow of King  By Darius KADIVAR