A Matter of Mind 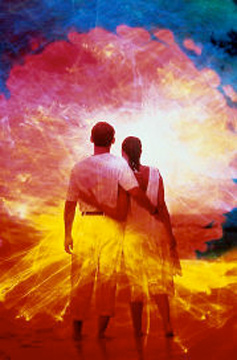 A nice anecdote says, “Age is a matter of mind, if you don’t mind, it doesn’t matter.” The youngest in my family, I don’t mind my age, but it sure does matter.

My first “age alarm” came as a huge surprise. At a lecture in Chicago, I ended up in the balcony with a group of youngsters. With the program delayed Iranian style, they became restless and started making paper airplanes. Unskilled, I noticed none of their missiles made it to their pals sitting in the lower level. Finally, I picked up one that had landed at my feet, unraveled it, and showed them how it’s done. Sure enough that one soared and hit target. One of them smiled with gratitude and said, “The older generation knows all!”

The first clue on aging comes when you hold your book farther and farther to read. When my arms had reached their limit, I bought a magnifying glass, but once I discovered over-the-counter glasses, my life took a sharp turn. Not only did my need go from # 1.25 to 2.75, I had to plant a pair at every corner of the house for fear I might run out. Finally I had to see a doctor and it’s been downhill from there on.

I’m pretty active and maybe could still play a mean game of tennis, that’s if my right knee would let me. With diet and exercise being against my religion, I’ve lost track of my waistline and am convinced my clothes have been shrinking.

Medicine, good nutrition and exercise – not to mention Botox – seem to be the weapons set to destroy the perfect line that used to separate generations. Lazy as I may be to join my peers, I admire how some fuss over their looks. People nowadays live longer than God intended for them. It is no longer a miracle to see them reach a hundred and beyond. Last week a woman of ninety-four ran a marathon. That’s older that my mother would have been, had she lived. I grew up in a world where forty was middle age and sixty a time when one had a foot in the grave!

Maybe I’ll finally get the good genes and age as gracefully as my grandmother did. Wouldn’t it be cute to have her double chin, cotton-white hair and a toothless smile? I sure don’t want to end up with a “surprised” expression, fake cheeks, jotted chin and pouting lips. Too many women out there have acquired a familial resemblance. Wives look a generation younger than their spouses. Not me, thank you. Even if I could get over my fear of deformity, I can’t imagine living with a man who’d then look old enough to be my father.

And what about the telling signs that can’t be masked? To stretch my skin may give it a fresh look, but what about the veins in the back of my hand, the sagging arms, and bunions that make my big toe point to the left? According to my dermatologist, my freckles are age spots, the brown patches keratosis senilis, and my longer forehead is due to a receding hairline. Do I mind such deteriorations? Not really because thanks to a poor eyesight, I can hardly see any of it.

As I meditate under a tree at Encinita’s Garden of Self Realization, the arrival of a young group breaks the silence around me. I don’t mind their noise. Each time I’m near youngsters their vitality erases the footprints of time. But today, my writer’s mind is trying to picture them growing old. Someday that young girl with the lovely blue eyes may need glasses, the tall boy’s back will be bent and his mound of long hair may give way to a bare scalp. Let them laugh while they can because someday that, too, will require much effort. I wonder if they’d live to see a cure for cancer, a harmless remedy for arthritis, and maybe walkers in a more dignified design. They seem so happy at this moment that I can’t picture the end.

No, I don’t mind age. It really doesn’t matter, not even when it seems to matter. I’ve seen the beauty of seasons and plan to enjoy every step of the road into winter. Somewhere deep down, I’ve preserved the best images of spring and if only I could nurture the memory, it will last and last and last . . .

AUTHOR
Zohreh Ghahremani is the author of Sky of Red Poppies.