ROYALTY ON SCREEN : Sean Bean in HBO’s « Game of Thrones » 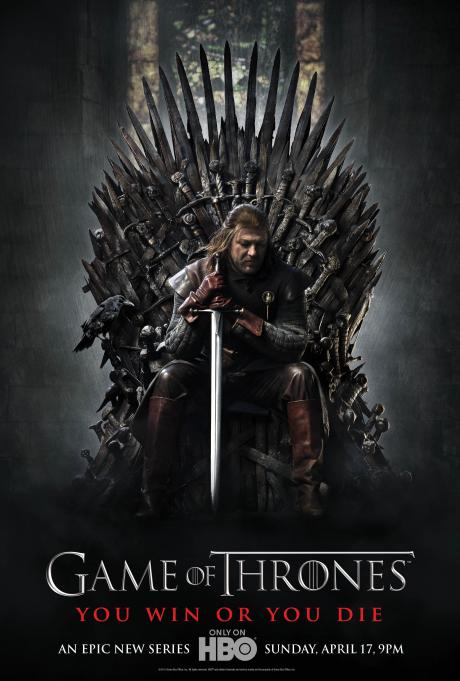 Game of Thrones is an upcoming American medieval fantasy television series created by David Benioff and Dan Weiss for HBO. The series, based on author George R. R. Martin‘s best-selling A Song of Iceand Fire series of novels, chronicles the violent dynastic struggles among noble families for control of the Iron Throne of Westeros. The series willde but on April 17, 2011. In the UK, the series will debut on Sky Atlantic on April18, 2011.

Kings, Queens, Knights and renegades use schemes and swords to battle for the throne.

The television series is expected to follow the multiple storylines of the ASong of Ice and Fire series of novels closely, and author Martin has stated that the pilot script was very faithful to his work.Set in Westeros where “summers span decades and winters can last a lifetime,” Game of Thrones chronicles the violent dynastic struggles among noble families for control of the Iron Throne.

Seven noble families fight for control ofthe mythical land of Westeros. Political and sexual intrigue abound. The primary families are the Stark, Lannister, and Baratheon families. Robert Baratheon, King of Westeros, asks his old friend Eddard Stark to serve as hischief advisor. Eddard, suspecting that his predecessor had been murdered,accepts so that he can investigate further. It turns out more than one family is plotting to take the throne. The Queen’s family, the Lannisters, may be hatching a plot to take control. Across the sea, the last surviving members of the previously deposed ruling family, the Targaryens, are also plotting a return to power. The conflict between these families and others, including the Grey joys,the Tullys, the Arryns, and the Tyrells, leads to war. Meanwhile, in the north, an ancient evil awakens. Amidst war and the political confusion, a brotherhood of misfits, The Night’s Watch, is all that stands between the realms of men and the horrors beyond.

Making of The Game of Thrones :

Game of Thrones costume designer Michele Clapton shares her sketches and explains the process of fashioning a cohesive look for the clothing of Westeros.

Game of Thrones set decorator Richard Roberts serves up the various cuisines of the Seven Kingdoms.

The Artisans – Gemma Jackson on the Castle Black Lift :

The Artisans – Stunts and Armour:

ROYALTY ON SCREEN: Keira Knightley Pioneer Feminist in “The Duchess”

ROYALTY ON SCREEN: James Purefoy and Paul Giamatti in “Ironclad”