The confusion and unjust in the West 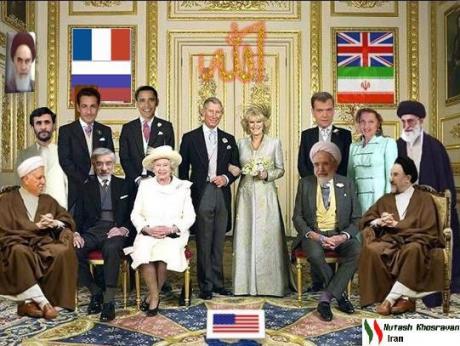 The confusion and unjust in the West  We think that only in the third world, there are a lot of unjust, but in the West also there are a lot of problems and unjust, may be everywhere the people who want to be honest will be misused. Here is a letter of Ali which has been sent to the president of USA. They say they want to work for democracy, but even in their country if you do not have any money, you cannot enjoy the real democracy. It is clear that in compare with third world the people live here relatively better, but some people will be just victims as in the third world.   Dear Mr. President My name is Ali Jahangosha T.   and I am a US citizen. I am a college teacher in US and I can teach more than eight languages. I was consultant and translator, teacher in Germany, Iran and USA for more than 30 years.

I was instructor at the university in Tehran and German Schools, British school and American schools. With the permission and occupational license of Orange County zoning department and they approval and paperwork, I opened a boarding school in Orlando. Florida. The school worked for about three years until the County knew they did a mistake and they cancelled my occupational license. It is a simple mistake for them, but for me it is the destroying of my life, my capital and my futures.  USA is helping the other courtiers to be democrat and free, but how is it if somebody here should experience the damages of a mistake happened by the local government?  I tried everything to come out of this trap that Orange County designed for me. I passed all the exams to be hired as a translator or consultant for different companies, but the US army does not clear me, because I cannot pay the mistake of Orange County?    Nobody is willing to take the responsibilities to take action concerning this matter and I stay the victim of the mistake of the Orange County. In the other countries, they kill people on the street, and here they destroy me totally because they did make a mistake. As a head of government to the USA, I ask you to take this matter under consideration, because the system is so useless and so indifferent that I cannot survive any more. They did a mistake and I have to be punished for their mistake. Four times my house is robbed by people, and the police did not take a serious action. Until the houses of the police people are not robbed, they think everything is fine? The insurance company charges me for many years money and in the time that my house was damaged by water, they just paid a company to dry my carpet and the rest problem was mine only and they refused to pay. The people gave me checks and their checks are not good, again I have to be punished?   What for we have insurance and police? Why the County is not willing for humanity purpose their mistake. Why I should pay for their mistake which I cannot. It is huge money?

I born in other country and because of that I should have so many problems here? .I has to be ignored or pay for the mistake of the Orange County zoning department? If they did not make this mistake and did not give me that permission I would stay as college teacher and high school teacher and not lose all my capital? I hope that your office takes some action for at least just and they do not let me to a victim of their mistake. All department are so comfortable and do not want to be bothered?  I do not know to whom should I refer?  To the same persons who did the mistake, they do not care at all. They think it is fine, because they did not harm at all, I have been destroyed by their mistake and cannot survive any more. I cannot be hired, because I have a bad credit, and I have bad credits, because they did mistake and other people robbed me? Is it just?  Dear Mr. President, we cannot work for peace and unity and solve the problems in the world if we are indifferent and do not listen to the people problems because it does not bother us? Colonel Ghadafi kills his own people on the street and here I am robbed totally and nobody care?

Dear Mr. President I was consultant and translator in the government of Iran and also worked there as a university instructor for many years.  I have been persecuted in Iran, because my mother was Baha’i and after the persecution my Baha’i family and Moslem friend misused my situation and took advantage of my position and they robbed me totally. I had no other choice to go out of Iran, because the life was almost impossible for me.  I came here and worked in different places until I got my documents evaluated and I was teacher for German and Latin in Oviedo High School and instructor for German, Arabic and Political science in the Seminole Community College. Orange County told me, if I can buy houses in the County, they will give me occupational license so I can have student in the house and teach them.  I bought two big houses and they gave me the permission and occupational license.   I was so happy that I have a big school about eight acres with more than 15 rooms for my activities. I helped a lot of students and they could live, work and learn in the boarding school as the land was big and I planted by myself over 1000 citrus trees and build cages for chicken and other animals and produces organic healthy food, the school had commercial swimming pool and I put more than 800,000 dollars for the improving of the buildings and gardens.   I installed fence irrigation lights everywhere, so the students could go everywhere in the night time and be happy and active. But the Orange County after about three years told me they did a mistake and I cannot have a boarding school there. I can rent the house to the regular people.  You see they made a mistake and I have to pay for their mistake.  They told me I can go and get an attorney and sue them. I lost all my money for the school, I put all my money and energy in the school in the hope that I can help the students, but now they did a mistake and I have to be punished for their mistake.        Yours Ali J. T.