A Tribute to the Persian Goat That Shook His Head! 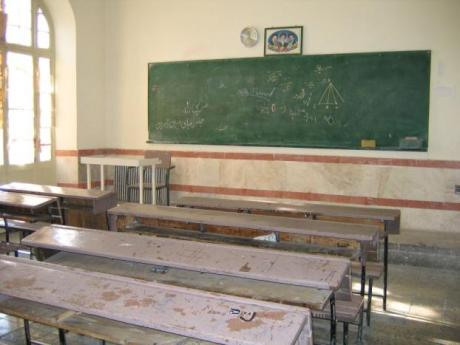 When I was very young and had trouble doing my homework, my father would try to help me by giving me a little tip. He wouldn’t solve the math problem for me, which was what I wanted him to do. So I would just sit there and look at the homework motionless and completely distracted by the tip. Then he would ask me if I understood what he had just said and I would just shake my head affirmatively!

By the time I got to the 8th grade, I no longer asked for his help. He did not remember much about chemistry and geometry and his attempts to help me looked futile. I had become a more focused student and could figure things out by myself. So I never asked for help and I am sure that he was quite relieved!

Parents are a wonderful thing and I hope that everyone gets a good set of them, especially an Iranian set! However, they present their own unique set of challenges and Mother Nature and the big universe as a whole, being a “Fair and Balanced” place, makes sure that everything somehow evens out at the end!

My parents are up there in age but still active. My father called me a while back and complained about his computer, the email, the scanner, the whole bundled package! I tried to help him patiently, but it was like talking to the helpdesk in Heidarabad, India! We couldn’t communicate and he was convinced that it was the computer or Yahoo, and not him! So, I told him that I would go there over the weekend and help.

When I got there, he was seated in front of the computer motionless staring down the beast! I asked him to show me what the problem was, trying to make this an educational exercise! He said that he could not find a picture that he had just scanned in the computer. He wanted to email it to his colleagues. He also had some problems logging in to Yahoo. I stood behind him and tried to explain the concept of files and folders in the simplest form and asked him once in a while if he had understood what I had just said and he shook his head affirmatively!

It was a “Boz Akhfash” flashback! I just smiled and remembered my childhood moments. Then in a clever move, he said, “Why don’t you sit here at the computer and see it for yourself?” He wanted me to do his homework! I sat there and found the picture and rearranged his set up so that things would be easier next time and I could hopefully help him over the phone! Then came the login to Yahoo. He had set up an elaborate password/login combination that only a professional hacker could have figured it out. And as a result, he almost always mistyped something and got bounced. But that was Yahoo’s problem!

I don’t know what it is about our parents’ generation and secrecy. You can see it in their signatures. Most people when they sign their names you can detect a trace of their names, but not my parents. There are all these extra lines and circle that only they know what they mean. One time I took my mother to the supermarket and after using her credit card she tried to sign her name on the terminal. She must have put so many lines and circles that the terminal got all black and the transaction got rejected. She tried it a few more times with the same result. She was frustrated and I was anxious. The cashier just said, “Lady, just write something simple. It will go through.” But she wouldn’t do it. So finally on the 4th try it got approved. On the way out, as I was pushing her cart she said, “What’s wrong with this supermarket? I should never shop here again!”

But I shouldn’t complain and I am not. I am just glad that they are still alive and active.

Here is a tribute to all Iranian parents!