Lament for the Persians 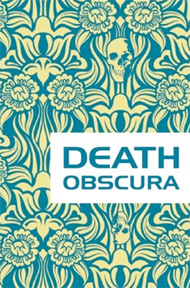 On Saturday, April 30, Rick Bursky and I had a poetry reading in Los Angeles Times Festival of Books at University of Southern California. Here is a poem by Rick taken by permission from his book “Death Obscura“, published by Saraband Books, 2010.  — Majid Naficy

Lament for the Persians

I named seven stars after her left eye.
Astronomers protested.
Dictators where jealous.
Two religious leaders were outraged.
But I wouldn’t budge.
So the heavenly map makers
checked the spelling and went to work.
Seventeen months later, a complaint
from an archaeology professor at the University of Cairo.
In 471 BC Xerxes, King of Persia,
named those same seven stars
after the left eye of his mother, Queen Atosa
— that’s what his letter said. It came with a photograph
of the inscription on her coffin.
What lead him to believe I read Persian I’ll never know.
Though one night in the desert I struggled
through a sentence in that language.
My tongue could never find
the sound for that vocabulary.
The world might continue to collect catastrophe
— something I was sure the complaining
archaeology professor would agree with
— but the deep beauty of her left eye
would continue until those seven stars exploded,
which for practical purposes is forever.
If it was the right eye, instead of the left,
that I’d stared at when she turned to order tequila
those seven stars would still belong to Queen Atosa.