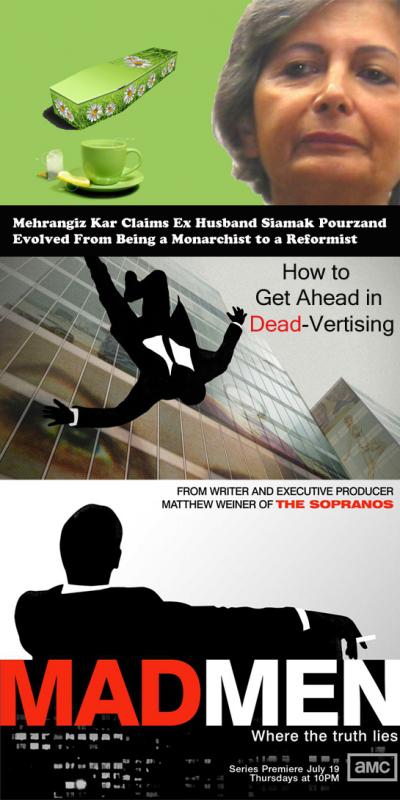 Were Pourzand’s tragic fate been an intimate family affair, I would have definitively not brought this up in a blog, but given that the family have presented this death in political terms, it seems to me that we in turn as mere outside observors also have the right to have a political view on their motivations ( if any and / or however sincere) in presenting this tragic incident as a political statement by the late film critic/journalist.

In a recent interview with Radio Farda, lawyer and human rights activist Mehranghiz Kar claimed that her former husband Siamak Pourzand (a prominent journalist and film critic who commited suicide at the age of 81 ) was a Reformist and did not believe in the Monarchy for which he was accused and imprisoned for by the IRI. ( listen