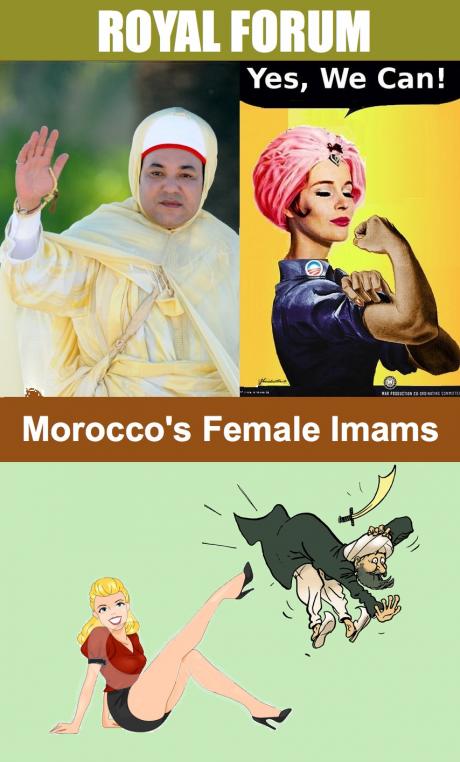 The Moroccan government has found a new weapon in the war against extremism –female priests. It’s hopes that women will spread a more balanced and tolerant version of Islam. The King in Morocco is deemed as a direct descendent of the Prophet. In his recent Speech to the nation King Mohammed V declared his aims of transforming his kingdom into a genuine Constitutional Monarchy (as in the UK or Spain or other European Monarchies), and presented himself as a Royal Citizen, hence officially relinquishing the “Sacred” nature of his status. In the new Constitutional Reforms, if amended at the upcoming referendum, Islam will remain the official religion of the country, however freedom of cult and belief in any religion will be tolerated.