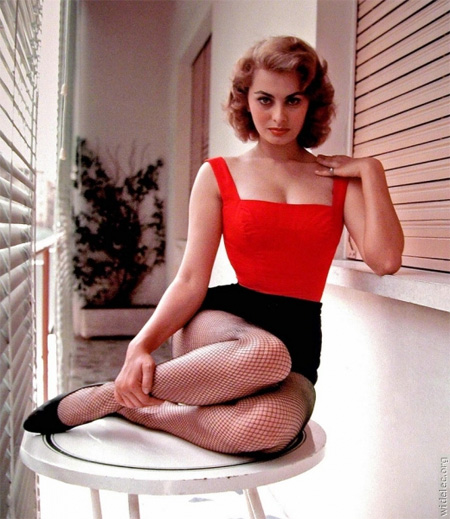 A Short Story about Italians, Iranians and a Romantic Night in Napoli!

Ever since I was a kid in pre-revolutionary Iran I used to hear that the Iranians and the Italians are so much like each other as if we were cousins, or they used to say that the Iranians are the Italians of the Middle East. Well, let me say that we may have a lot in common but I wouldn’t say that we are alike. We are not! I lived with two Italian guys from Napoli for over two years and I met their parents and friends and they met mine. They like us and we like them, but we are not the same!

I met Marco on the field. He was a good defender, the Italian style, rough, but quick to raise his arms and pretend that he didn’t do anything wrong. I just smiled at him and liked his attitude. If he was an Iranian guy, there would have been a fight and some bad blood, but not with him. He seemed so harmless!

He was a PhD student working on some government grant project. A few months later when my roommates graduated and moved on, Marco and I rented a house and lived together. A while later, his younger brother Gino came for a visit and stayed passed his expired visa.

Marco confided in me that his brother was in all kinds of trouble back in Napoli. You see, Napoli, very much like Marseille, is the drug hub of southern Europe. Gino was involved in all kinds of serious stuff back in Napoli, so his parents decided to send him on a tourist visa to the US to get him away from there and hoped that he would clean up his act and stay out of trouble.

Gino was a nice looking guy with a charming smile and women fell for him immediately. It became quite clear to me that when it came to women, Iranians, Italians or Americans for that matter are all after the same thing and have the same ideas in mind. We just go about it in slightly different ways. Marco and Gino would give the poor sorority girls that “I am so much in love with you and I can’t live without you!” look that would make me burst into laughter. How do women fall for that? Are they stupid or what? But the girls would just smile and say, “You are such a liar!” and they would enjoy every minute of it. In contrast, my Iranian friends would get serious and argumentative with women as if they were trying to prove with logic and reasoning their strong feelings for them; same objective, different approach.

At nights and after a great pasta or rice dish and a few glasses of Corvo, the cheap Sicilian wine, the three of us used to talk about our childhood and our experiences with the girls. I really didn’t have a lot to say, so I just listened to them talking about female Swedish tourists that would come to the nearby resort towns in southern Italy.

“We would go and wait outside of the hotel where the tour company had booked rooms for the Swedes! When the bus-load full of Swedish women arrived, we and a whole bunch of other Italian guys would greet them as they stepped off the bus and say in English or Italian, “Baby I love you and I want to be with you” and the women would just laugh and go inside the hotel. Then we would stay there all afternoon serenading them from under their balconies until one we would come out and would go out with us!”

We definitely didn’t have anything like that in Iran. The only female tourists that I saw when I spent a couple of summers in Mashad were the pilgrims from Afghanistan and nobody was serenading them as far as I could remember!

Gino quickly cleaned up his act and got a job at the kitchen of a newly-opened restaurant. One night after working at the restaurant for only a few days, he came home with a big smile on his face. “Tonight the owner’s wife sent everyone home after the last order and then told me to make love to her right there in the kitchen. Oh man, we made passionate love on the cutting table! She said that it was favoloso (fabulous)!’

“You made love to her on the kitchen table where you cut the vegetables? I am not eating at that restaurant again!” I said with a smile. Gino was let go a few days later, but he didn’t mind.

I have to say that in Iran and in summer time, when I was 17 or 18, I used to go to my classmates’ homes and once in a while I would get a glimpse of their younger sisters as they were bringing the tea, the watermelon or the cherries, but I always looked the other way, trying hard not to offend my friends. So this experience about my Italian friend showing me his sister’s pictures and talking about her nice ass was completely new to me!

That summer, their mom, Signora Donadoni came for a visit. She wanted to check on her boys and also meet me. She had heard so much about me from the guys. She was so thrilled to see that Gino was behaving well and looking fit and staying clean. In her broken English and half Italian she thanked me for taking care of her boys! I guess that she didn’t have much faith in them!

In the mornings she would wake up early and make espresso for us. She would even ask me if I wanted my shirts ironed. She was just like an Iranian mother, full of love and caring. She brought all kinds of herbs and cooking stuff from Napoli and she cooked every day. Our place smelled like a nice Italian restaurant.

Marco had an American girlfriend, Sheila who always stayed with us. She practically lived in the house. Marco got the word to her that while his mother was visiting, she could not stay overnight. As an American, she had a difficult time understanding what the big deal was but she went along. On the second or the third night after Signora Donadoni arrived Sheila came for a visit. She was cordial and Signora Donadoni was quiet but watchful. To me it all looked so familiar; a mother not approving of an American girlfriend and wanting a nice Italian girl for his eldest son. That seemed so Iranian!

After dinner and when Sheila left, there was a big argument between Marco and his mom. I tried to listen carefully and pick out the words but they were talking too fast. So I asked Gino what the problem was. “Marco has told my mom that Sheila’s ass was as nice as my sister Paola’s! But my mom is really mad at him and says that it is not so!”

I could not believe what I was hearing! Can you imagine an Iranian man arguing with his mother about his sister’s nice ass?

Here is Mambo Italiano by Shaft