Another human rights activist is arrested in Iran; how many more? 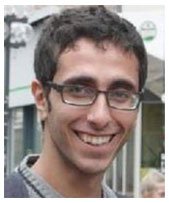 The Iranian regime has arrested another human rights activist. His name is Saeed Jalalifar and he is charged with “engaging in propaganda activities against the regime”.

This arrest makes evident that, according to the Iranian regime, the selfless and tireless act of working for human rights is considered a propaganda activity that deserves prison time.

In many respected countries around the world, human rights activists and their activities are also respected, or at least tolerated. Even if these activists are suppressed, the situation seldom escalates, like the way it does in Iran, to the point that activists are systematically banned from their profession or post-secondary education, tortured, or illegally imprisoned. In Iran, activists can even face execution or the threat of it.

The arrest of human rights activist Saeed Jalalifar should be another strong piece of evidence to support the widely believed argument: the Iranian regime holds no value for human rights, is against it, and feels it is a threat.

It is unfortunate that, after 32 years, it has not yet become a universal cold hard fact within the international community that the Iranian regime is anti-human rights and therefore illegal, according to international laws. Maybe if it was a cold hard fact, people like Saeed Jalalifar would not be in prison.

Saeed Jalalifar was arrested in November 2009 and released on a $100 thousand USD bail in March 2010. He was re-arrested on July 31st and transferred to ward 350 of Evin prison. He does not have a prison sentence and no date has been set for his court yet.

Saeed Jalalifar is a member of the Committee of Human Rights Reporters, a banned student from the University of Zanjan, and also a children’s rights activist.