Look for the democracy in the Europe? One example 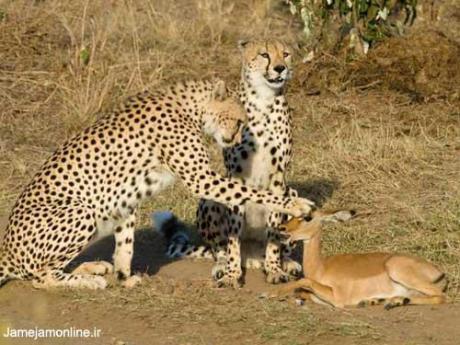 Dear Mrs. Chancellor  of GermanyMy name is Amir Nasser Ali G. and I am a German, English teacher and also German instructor at the universities. I worked for German Schools in Germany and in Iran. 1980 , the price of a German Mark, Deutsch Mark was in Iran between 50 Rials to 200 Rials with other words the DM had three different prices in Iran. Sorrowfully many of German living in Iran misused this situation and they change their DM for 200 in the free market or black market and with the help of German Embassy got for 50 Rials one German Mark back, so they did a lot of money in this way, because what ever they spend in Iran, they got four times back from German government or insurance companies in Germany.

My salary was about 500 DM at that time, but they report that my salary is about 2000 DM per month. With other words the salary that I got was counted in the official rate, and in reality I have just a buying value of 500 DM. I wrote my situation to the German government at that time and the result was that they were angry to me and asked me to declare that I did mistake and take off my letter and the true information, I did not it and I have been persecuted by them, send out of school, German Embassy School and I did not get even my years worked there in a form that American School system wanted, they punished me, because I wrote the true?I worked about three years full time, for Tehran German School and over 16 years part time for the German Embassy School. I worked also in Germany as a teacher for Deutsch for Turkish in the German school system.

And I do not have any retirement for all these years that I worked.I worked also about 15 years in USA as German and Latin teacher and sub-teacher. I was also German teacher at the University in Iran and I have been persecuted in Iran, because my mother was Bahai. I worked here also at the college as German, Arabic and Political Science instructor at Seminole Community College. After fourty years work as a teacher I have no retirement, because of Unjust in the system. I opened a boarding school here in the USA and as the government does not help me, it is difficult to continue. I am now almost 60 years old and have no insurance and retirement. In my boarding school which is in eight acres land, the students can live; work and study and generally I should be supported by the churches or government here and not be ignored and persecuted. I was also consultant, translator for the Iranian government, but as I said, due to religion of my mother, I have been persecuted.

As a Germanist and Angelsits who worked for the unity of mankind and train the students in four different continents, I should be supported and not ignored. Because I have here a huge boarding school and the price of the real estate is dropped in the market, the government of USA does not clear me to work for the Federal government. In the world that we are trying to work for Just and Democracy that is not fair that I have been persecuted here and there, because of religions and because of the changes of economical system.

Or may be it is because of different origin of nationality.I hope your government will consider my situation and will support me legally. I am paying all these, because I wanted to work honest and be for Just.You see , if you want to work for the just, the systme persecute you?   Yours Amir Nasser Ali G.

Perhaps Madame Chancellor would get your better attention. Angela Merkel is her name and she is the current head of governmentNot trying to be smart or improper with you, I feel badly for your situation. Thought it might be helpful.

Hopefully it is only bureaucratic paperwork that is slowing your progress, so don’t give up–pursue your claim.

we should learn democracy form the animals in the picture?