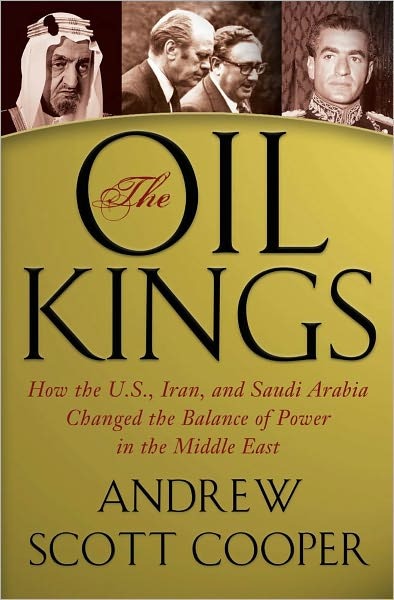 Andrew Scott Cooper ’94 is receiving plaudits for his epic new book, “The Oil Kings: How The U.S., Iran, and Saudi Arabia Changed The Balance of Power in the Middle East,” which traces the high-stakes international politics of oil in the 1970s.

“The Oil Kings” chronicles the efforts of Henry Kissinger, throughout the Nixon and Fordto support the Shah of Iran as a bulwark against communism. Policies intended to stabilize the Shah’s regime,Cooper suggests, actually damaged the global economy, strengthened Saudi Arabia and ultimately helped accelerate the Shah’s downfall.