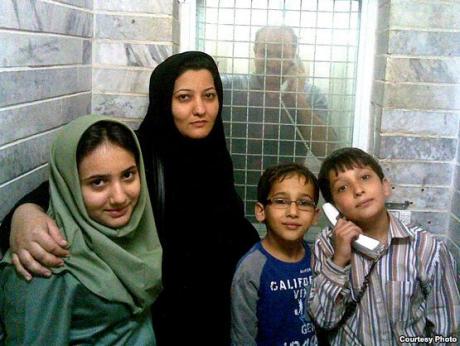 Currently, lots of civil and cultural Azerbaijani activists have been arrested by the Iranian intelligence service. Since environmental activists in Tabriz, Urmia and other cities started to protest against Iranian parliament indifferences regarding Lake Urmia’s drought, the number of prisoners has been significantly increased. Most of them physically were tortured and some of them have been taken to unknown places.

“Abbas Lisani” is one of the Azerbaijani civil rights activists who several times have been arrested and imprisoned by Iranian regime. Lately Mr. Lisani was arrested on 10th September 2011 in his house and was taken to Ardabil’s prison. According to the prisoners, who recently released, he was tortured and bitten by prison authorities. It is said that, other prisoners heard his painful voice when he was tortured.

“Abbas Lisani” is said to suffer from stomach problem, and pain in his ribs, which is allegedly a result of torture inflicted during previous periods of detention. He has started his hunger strike against unlawful condition of his arrest. However in his latest contact he told that ended his hungry strike. Said his wife Mrs. Rughayye Lisani. As result of Mr. Lesani’s gloomy situation, Mrs. Lisani suffers from nerve’s disease and her health situation is undesirable.

Now Mr.Lisani was taken to Tehran to unknown place. He has not had any contact to his family yet. Authorities say that he was sent to Evin prison in Tehran but it is believed that he is in “Iranian intelligence service” denotation. His life is in serious danger. His family phone line is monitoring by “Iranian intelligence service” and whoever wants to visit his family are threatened by Iranian security forces.

We refer to human rights activists and organizations to inform other related organizations in order to condemn Iranian regime and ask to release Mr. Lesani by providing him sufficient aids regarding his health situation.