Iranians And Arabs Argue About What To Name the Gulf, While the Rest of the World Moves On 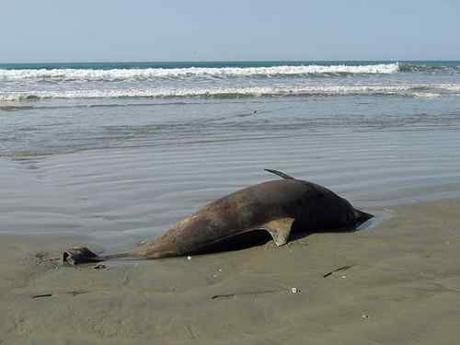 Have you ever heard of the story, Rip Van Winkle?

Its about a guy who ended up being trapped in the past because he fell asleep and woke up many years later.

Keep arguing over what to name the gulf.

Neither of you even accurately mapped the darned thing.

Today, if I want to look at a map of the gulf, I’m willing to bet that the map wasn’t made either by the Iranians or the Arabs.

Westerners probably mapped it and explored it.

That means that neither Arabs nor Iranians even knew what it looked like, until Westerners showed them.

Iranians and Arabs are still going on and on… and on, about which one of the two “owns” it.

Neither of them do.

America consumes most of the oil that comes from it.

If we were to graph which country consumed most of the oil from it, and consequently which one used that to develop, you’d probably find its America.

Also, while the Iranians and Arabs were bitching at each other over what the gulf is supposed to be called, the Westerners not only discovered the oil that has made it the center of the economic universe, they also studied the life that can be found in it.

While the Arabs and Iranians shouted at each other “Mine!”, “No, Mine!”, the Westerners probably discovered, catalogued and scientifically studied every plant and animal species in the gulf.

What impact have Arabs and Iranians had on the gulf?

Both of them have polluted it.

That’s probably their only contribution to it.

They were never even interested in what’s in the gulf.

All they care about is their precious reputations – as usual.

Iranians are showing off with their powerful armed speedboats.

Arabs are showing off, building – or rather, hiring others to build – artificial Islands there.

… looks like my friend’s school project, from back in the day.

If someone calls the gulf “Persian”, the shine will fade off of big Arab noses, and they’ll be in trouble with the Arabs!

If someone calls the gulf “Arabian”, Iranians will get angry! Who knows what will happen then? Perhaps some deadly dampai will hit you!

… and if you just say “gulf”, then you’re in trouble with both of them!

Iranians and Arabs will probably still be arguing about what the gulf is supposed to be called, while the West starts developing new technologies and finds new sources of energy.

As its oil is depleted, the gulf will lose its significance to the world.

And those remarkable Iranians and great Arabs will still be fighting over what it is supposed to be called.

By the time it dawns on either of them that no one cares about what it was ever called, it will be too late.

What to call the damned gulf?

I name it “Pollution Gulf”, in honor of Arab and Iranian contributions to it!