A Whore In US Harem 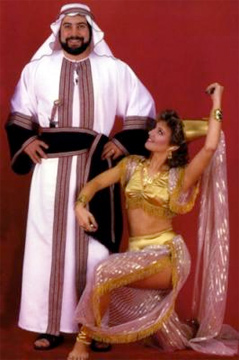 Iran bashing is a fashionable trend these days in US administration, Senate and Political circles who pay lip services to the Aipac, an organisation that elects, controls and manipulates the US presidents. And its policies.

The Arab spring which unseated some of the Arab leaders “whether a western design or not”, shook the foundations under the house of Saud, where US has ruled by proxy since the Shah’s downfall.

The house of Saud’s succumbing to US desires in securing gulf states votes against Gaddafi and symbolic participation in that war and sending troops to Bahrain to secure the seat of Khalife where US bases are and barking where the US ordered them to guard, was a guarantee of their safe remain in charge of Saudi Arabia, where people are hacked to death and dismembered for small crimes, a country that women are prohibited to drive, vote, elect or be elected or even to study, a country whose homosexual princes kill their servants in European hotel rooms and gamble millions of dollars away in Las Vegas , princes who have been caught drinking and drunk abusing women brought to them in Europe, there are enough material and abuses in this one single country to keep an international Human Rights conference busy for years to come and still US administration turns a blind eye at it and let the Arab spring pass it by, there is an ironic resemblance here between Jewish belief that Moses was asked to paint the doors of believers with sheep blood so that disaster sent by god would pass them by, the only difference between the biblical scriptures and what’s happening now is the role of MOSES played by US and believers by Saudi Arabia, Bahrain and the rest of abusers. In a content like this we get to see the depth of democracy in US, as the guardian of faith and human rights.

This year we witnessed the Jewish lobby pressing the senate for a legislation to sanction Iran’s Bank Marlazi and threatened that, if Obama administration refuses to sanction this bank then they will put that to the vote in December to become law, sanctioning Bank Markazi of Iran is nothing short of declaring war on Iran, since Iran will not be able to access the international financial circles and therefore, will not be able to get paid for sale of oil and commodities, a dangerous strategy and escalation in relations with Iran, however Saudi Arabia has faithfully declared that it will fulfil this shortfall of oil and therefore, playing the Jewish lobby card. December is fast approaching and the recent sloppy plot of killing Saudi Ambassador in Washington was hastily brought forth to force Obama administration to play along.

War with Iran is desired by both camps in Tel Aviv and Riyadh , where the former has openly spoken about it and the latter was found out among pages of Wikileaks.

The Jockeying for regional power has placed Iran in a strong position at the losses for US and Saudi Arabia in Pakistan, Afghanistan, Iraq, Lebanon, Palestine, Egypt and Syria, the diplomatic and security assets appear to have exhausted themselves and problem can only be resolved through yet another war with Iran.

The Concubines in US administration harem want War , and President may just go along with it.