Why the Quds Brigade may be wishing for a new conflict? 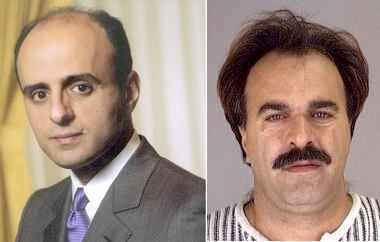 The allegations that the IRI government is behind the assassination plot targeting the Saudi Ambassador to Washington a few things that just don’t add up. It is simply too amateurish for any self-respecting intelligence service. One might expect such a badly planned plot from a renegade terrorist group hiding in the mountains, not from a government entity with a clear return address.

All seasoned observers of IRI and its adventurism are puzzled as this plot does not exhibit any of the marks of a well-coordinated adversary which has been careful in the past to not leave any fingerprints. Take the Khobar Tower bombing in Saudi Arabia, the U.S. embassy bombing in Beirut, or any of the terrorist acts in Iraq, or Afghanistan which the US and Western countries allege to be sponsored by IRI, all of these acts have been at one time or another purported to be undertaken by orders of the Quds brigade. Yet never has any real evidence been left behind.

Now with this new incident, we are to believe that the Quds Brigade has trusted a rookie in intelligence matters (a used car dealer no less!) to look for an assassin to carry a job which would be more suited for a sniper assassin. Mr. Arbabsiar then arranges for the most damaging evidence if there is one in the case against IRI: the depositing of $100,000 to the informant’s account. As they say in these matters; “follow the money!” If there is any solid evidence that this bizarre story might have any substance, it is these funds, which appear to point directly to the revolutionary guards, if this funds transfer stands to scrutiny. On the other hand, maybe the Quds brigade actually wanted it to be known who ordered this hit job knowing that this will lead into an escalation and possibly armed conflict.

The question is what would the Quds brigade and the IRI benefit from an armed conflict? A conflict with either Saudi Arabia, or USA will create a diversion from the internal turmoil the IRI finds itself in. Given the dismal economy, the high level of popular discontent, the headache of a youth and Green movement, the survival of the “revolution” may hinge on yet another conflict or external enemy which can take people’s attention away from their popular demands and needs for freedom, and instead worry about the attack of a foreign enemy. This is perhaps the lifeline that the IRI is hoping that the USA, or Saudi Arabia, will throw it to extend the longevity of the regime.