How Useful Are Iranian Know-It-Alls And Their Advice? Part 2 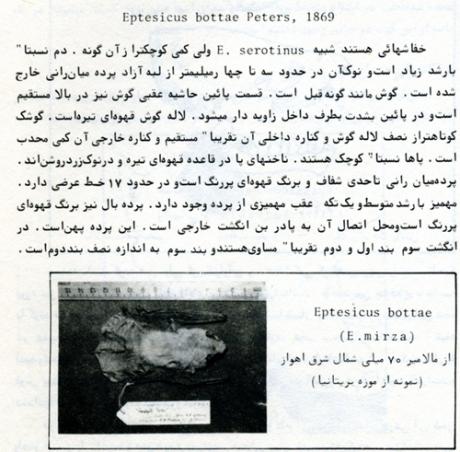 It is Ironic that the most popular high school major in Iran is named “oloomeh tajrobi” (loosely, “science that is understood through direct experience or investigation”).

I never saw Iranian high school students doing any such thing. The entire course of study involved reading books, memorizing what was in them, and regurgitating it in class or on an exam.

The teacher would teach his lesson. Students would absorb it as if a prophet of god was dictating the truth to them.

There was never a single experiment or field trip. The students were of course free to do this on their own time, but none of them ever did.

Nothing prevented them from going out and catching lizards and snakes (of which Iran has plenty), for example, and studying them. No, that’s not how things are done in Iran. You have to be instructed about lizards by some important person. You can’t learn about them by actually catching one and examining it; that would be a waste of time!

Actually, something did prevent them from doing that; their culture. In Iranian culture, knowledge doesn’t come through an individual’s own efforts at gathering information about the world through direct experience or observation; it comes from someone else – either in the form of their written opinion (a book), or through their spoken word.

The students had to pass exams, so that’s what they learned to do. They studied for grades. Society prepared them to ignore distractions like genuine interests in favor of jumping through hoops and achieving “success”.

Therefore Iranian students were too interested in “studying” to study anything (if that makes sense).

The word “taghlid” (“emulation”) is a familiar word in Islam, and one might be mislead into thinking that only religious Muslims do it.

Actually, the irreligious and even atheistic Iranians do it as well.

Yes, the same Iranians who pride themselves on being “Westernized”, “enlightened”, etc.

They mindlessly repeat the pronouncements of their own favorite authority without question. That favorite authority is sometimes the BBC or Voice of America. Sometimes, its some prestigious human being that they idolize. Sometimes its public opinion. At other times, it is their esteemed golden know-it-all selves.

Knowledge, power – and all other goodies – come from prestige.

If the Shah or an Ayatollah burps, Iranians will report it with such an air of importance that a Tsunami warning would be sidelined. If an important person says something and its absolute garbage, Iranians will quote it as if its the truest most important thing in the universe.

Next down the line are Iranians with degrees, great arbab or kadkhoda, or other forms of big-shot that can be found in Iranian society. Their pronouncements elicit the same fawning worship from their subjects.

All such a person has to do is stand there, and this will produce an impression on the worshipful idiots around him.

Iranians are prestige-worshippers. They care nothing about direct inquiry or investigating what’s on this earth. All their concern is for worshipping someone, and belittling someone else.

All their activities besides eating and sleeping revolve around gaining prestige for themselves, or trying to take it from someone else.

Pictured above is a page from a book which contains information about Iran’s mammals.

The book was compiled by a Dr. Esmail Etemad. It is the third volume of the series, پستانداران ایران

It was published by Iran’s “Organization for Preserving Wildlife”,

It was given to me by the only Iranian I have ever met who had any interest at all in Iranian wildlife. I’d better point out here that he had no respect from other Iranians, who viewed him and his activities as a waste of time – but I have a great deal of respect for him, because it was through him that I was able to see a side of Iran – its wilderness and the Golestan National Park – that no other Iranian ever showed me.

I’m no expert, but just checking the scientific names of all of the species being discussed in the book, I’m having a bit of trouble locating a single species that is named for an Iranian discoverer; once again, it looks as if most or all of Iran’s species of bats was discovered and studied by foreigners. I can’t seem to find any Iranian names.

And there on the page is a picture of a bat specimen from Iran, but preserved in the British Museum.

Once again, its the evil British Museum, “stealing” Iran’s treasures.

No, actually its the British Museum doing the job that Iranians should have done – studying their own country’s animals.

Someone has to do it.

…. and if not the unconcerned, too-important, strutting know-it-all Iranians ….

…. why not the exploratory British?

Why didn’t Iranians discover and study their own mammals?

You have no reason to complain if you flunk your own test, and someone else passes it.

You’re too stuck up, self-important and arrogant to study your own wildlife – foreigners beat you to it.