Fareed Zakaria on Tehran and the novel ‘Rooftops of Tehran’ 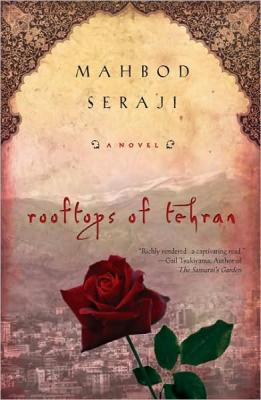 Minutes ago Fareed Zakaria’s descriptions of Tehran today on his FB page enthused and stirred a walk down the memory lane, the novel by Mahbod Seraji ‘Rooftops of Tehran’ reminds one of starry nights on rooftops and lost loves! I recommended the novel to him and to all who may have missed it.

”My first impression of Tehran was of cleanliness. It is remarkably clean for a city in the developing world – certainly a far cry from the chaos of Cairo, for instance. The streets are swept daily, garbage is picked up daily.

Traffic in the city is terrible but that is largely a consequence of a growing middle class that buys more cars each year. The city has a large network of roads and highways and public buses and the underground metro are effective – and clean.

The overall impression is of order and cleanliness. Iranians I spoke to said this was attributable to an Iranian fetish with cleanliness, though some did credit the city government.

Hi Fareed , your description of Tehran reminded me of a novel ‘Rooftops of Tehran.’ The novel by Mahbod Seraji opens the door to the mesmerizing and enthralling world of Iran and evokes memories of starry nights on rooftops, lost loves, and intense, passionate feelings of rage at the injustices.

‘Rooftops of Tehran,’ is an ornate novel about valour and sacrifice; the affection of friendship and love and sums up an intense and a griping review of the customs and traditions of a country that was on brink of a revolution.

It is an emotive story, and a geuine piece of solid story telling with a extraordinary prose; it is a captivating read about the loss of virtue. A story of Pasha’s and Zari’s that shows that love and hope among the young prospered even in the most harsh and domineering times.

‘Rooftops of Tehran’ reveals a silent face of Iran pre-revolution as discontent brewed and the tea pot of Pahlavi power simmered violently, a novel-full of wit, novelty, and sense ;you will have lot of free time read this book while you watch the rooftops of Tehran from the vantage point of north.