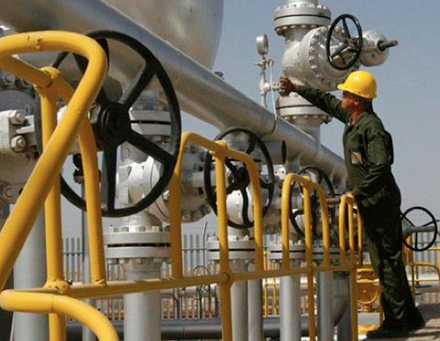 After the revolution of 1979, this phrase was heard from many Iranians, “In 1953 a bunch of illiterate under the supervision of Sha’ban Jafari (Bimokh) rebelled, and brought educated people to power, and in 1979 educated people rebelled and brought the most uneducated and fanatic people to power”. I was very young in 1953, and could not understand the atmosphere of rebellion. However, in 1979 I was working, and was quite aware of the situation. During the previous 2 decades, Iranian middle class were expanded. Many of their children took advantage of free education, and got higher education, some even went abroad for higher education. However, majority returned home to be near their families, and serve their country. Those with education could easily get a job in public or private sector that enabled them to get their necessities. These educated Iranians expected fairness and a perfect system for their time and efforts. However, there was something wrong in the system that would bother them, and made them unhappy. I give you a few examples:

1. Ms. X graduated from Tehran Medical School, and went to one of the most advanced Western countries. She got her specialty in Obstetric, Gynecology, infertility and family planning, and returned home. She got a job at the Ministry of Health, in charge of Family Planning. At the time, because of religious believes and lack of health education, most families who could not afford to have many children, had 10+ children. They believed god gives them the children. When these children grew up, they usually became rebellion, and blamed the government for their shortcomings, rather than blaming their parents.

With the expansion of family planning units in women’s clinics and maternity hospitals, women could have access to free Planned Parenthood services. This helped lower the birth rate, and stabilize lower population growth in Iran. After a few years, a secretary who was in charge of distributing pay stubs came to Ms.x, and showed her the pay stub of another woman employee who was much less educated but her salary was much higher. Ms.x was upset, so she went to the minister of health and complained about this. He said that each position has certain salary. When Ms.x reasoned that her education is more than twice the other woman, and she has more responsibilities, the minister replied, “That is the way it is”.

Ms.x submitted her resignation to the minister, and started her own office, taking care of women’s illnesses, and delivering babies. She wrote a letter to Farah Pahlavi who was the honorary chairperson of the board of the Ministry of Health. Shahbanoo called the minister to her office, and talked to him. When the minister returned to the ministry,he was very angry, and told colleagues that the doctor who had resigned, had sent a letter of complain to Shahbanoo. Apparently, the minister had more power, because nothing positive happened. After the revolution, Dr.x and her family moved to the country where she had received her higher education, and is working there.

2. Mr.Y was a young man, who returned to Iran, after getting a PhD in science. Because of his connection to the Director of an institution, he got a job as the chairman of a department with high salary, and a lump sum of money that enabled him to buy a house. There were about thirty scientists some MD’s, working in that department, some had worked 20+ years in healthcare and prevention, and some still did not own a house.They were upset to see the privileges of this young fellow, specially when he started to have extramarital affair at work with a married colleague. However, because of his connection, nothing could be done.

3. Mr.Z received his engineering degree in England, and returned home. He got a job at NIOC, married and had two children. One day he was at a notary public (Mahzar) to certify a document. He noticed that a fat businessman (Bazaary) had a transaction for millions of tumans, and when he had to sign the paper, he put his fingerprint on the paper, because he was illiterate. Then he got to his gold Mercedes Benz and drove away. Ever since he was a child, Mr.Z had a dream that when he grows up, he would become an engineer, buy a gold Mercedes, buy a house and get married. But while he could not afford most of his dreams, he just witnessed an illiterate man having all the things that he wished to have from childhood. After the revolution, Mr.Z lost his job, and now has a pizza shop!

There were reasons like these that would bother most of the educated people, and thought change of regime would bring fairness and equality. But, soon after the revolution, they found out that they lave lost their freedom and livelihood of life to a bunch of illiterate fanatics, and their life situation has got worse (as chaaleh be chaah oftadand)!