Backward people have a right to live too 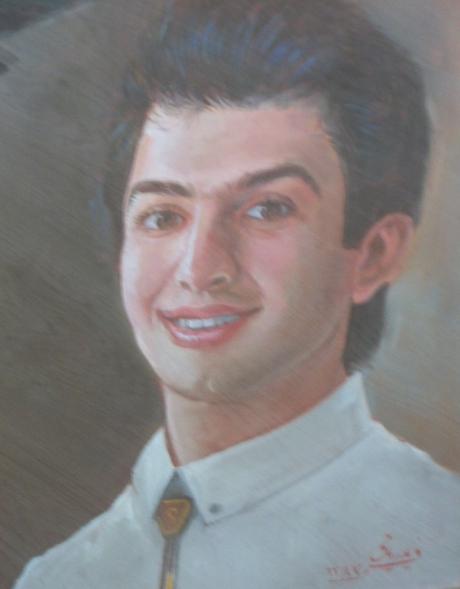 One of the main arguments that some people do to justify Pahlavis’ brutal ways to govern is that well Iranians are backwards.  Well the founder of the Pahlavi dynasty was a barely literate backward himself who came from a village in the backwoods of the Caspian mountains.

Imagine you have a special needs child or an immediate family member who doesn’t see eye to eye with you, what do you do?  Do you beat him/her up to get sense into him?  Well for some that seems to be normal and ok but to most people that is called abuse, not discipline.

From Saddam to Ben Ali to Mubarak to Qaddafi they all had and HAVE their own supporters whose lives were good under these dictators.  Do you think they are any less passionate than our own Pahlavi supporters?  When you ask them their generic arguments is that you are comparing Pahlavis with Arabs???  Well yes I am!  It’s the same shit!

You can’t govern with an iron fist and expect everyone to line up the way you want.  Actually you “can” but you’re going to end up like Reza Shah, Muhammad Reza Shah, Ben Ali and Men Ali!  All with the same fate that they once inflicted on others.

Another generic argument is that they gave us spoons and forks to eat.  Well if it wasn’t Reza khan it’d have been Hassan khan or Hossein Khan.  Did you expect that people in an oil rich country like Iran would eat with hands forever?!  Or that we’d walk or ride donkeys forever?  It’s all about HOW they goverened.

In fact they were in a unique and once in a life time opportunity that doesn’t happen often.  Let’s do a rough estimate, we’ve had about 3000 years of monarchy?  Ok let’s say we’ve had one king every 50 years.  That’d give us 60 kings altogether.  Now how many millions of Iranians have been born and died in the past 3000 years?  Millions right?  So the odds of someone becoming a king is less or about the same as winning the lottery.

Now these two latest king of ours had even a better chance of ending with dignity and pride.  They had won the bonus moneyball as well in terms of the constitutional revolution that we had in the beginning of the 20th century.  A roadmap if you will.  Instructions!  So what did they do with it?  The backwards that they are they just threw it aside and just jerry rigged it to govern with violence, the only way they knew and the only way many cry about today with this Islamic Republic.

So stop living in your cocoon of your own self and experience that allowed you to go to the west and live a happy life and call others “namak nashnas”.  Although, again you “can” but that’s now how things work.  It’s like saying life in America was great in 19th and 20th century and my family had great plantations and so on an so forth.  If you ask the blacks, how do you think they felt?  Actually Whites called them “namak nashnas” while beating them to death!  Our own Saadi wrote about human race being sympathetic to one another and this writing is written on UN’s front door and most recently cited by Obama!  So get with the program!

I’m not talking about history because history is there for those who’d like to read and understand.  I am talking about acknowleding the fatal mistakes that overshadowed just about everything else that Pahlavis did.   I actually admire our own Darius Kadivar with history links because he is not blind to history.  In my mind and his record by and large he acknowledges the fatal mistakes.  I see him rolling his eyes when he sees some of the comments made by other Monarchists 😉

Today may be worse for some but better for others.  If we are talking about strictly being “supporters” well life could not be better for the Islamic Republic supporters.  Life if so good that they buy million dollar homes in Canada and the rest of the world when Shah supporters were not “advanced” enough to look beyond Iran’s borders.  They just stashed money away in Swiss banks!

Photo caption:  oil painting by the same artist and place identified in my earlier blog.