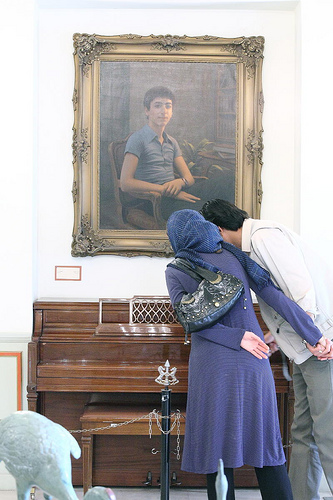 Crown Prince Reza speaks to Pars TV host Ali Reza Meybodi on the future of democracy in Iran. Interview done during his birthday shortly after what appears to have been a Jogging session in the outskirts of his house in Virginia.

Iranians visiting Niavaran Palace turned into a museum stop by the photo of the young Crown Prince then heir to the Peacock Throne of Iranzamin.

RESPONDING TO REZA’s CALL: An Iranian Solidarnosc in the Making … by DK