Work for the unity of mankind and against hate and prejudices 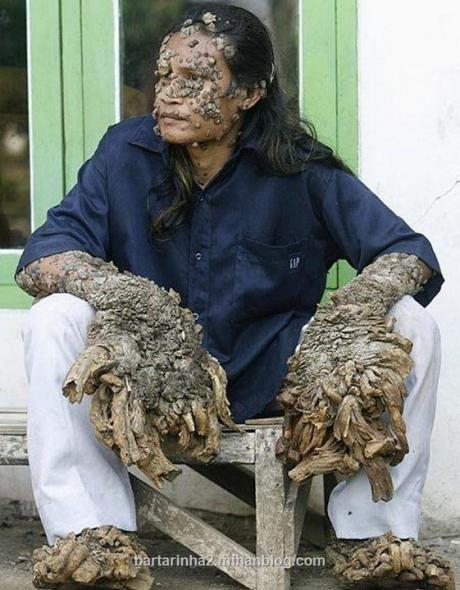 iReport — Work for the unity of mankind and against hate and prejudices by Sahameddin Ghiassi on Thursday, November 3, 2011 at 10:52am

Dear friend, what I am writing is just my own experiences as a teacher or consulting to the governments. I am trying to point these facts, that we have to be pure and humanity and unity of mankind is important. We should respect other people way of lives and thinking as we want that they should respect us. Everybody should be free and have access to the information and study or read and choose the way that she/he wants to have. The system which is controlling the world is a different idea, they want that the people be ignorant, dictators, poor, and not tolerant. So they can misuse them against each other and they can robe them and or make them like robots and slaves. They want hate between different religions, races, nationalities, men and women, so they can separate people and govern them. In the world now are living 7 billions people, and may be also with seven billion different thinking and ideas. Some people are bad and want to misuse other people for their own benefits, and some people are pure with different religions, cultures and or races and thinking.

Many people are also the victims of the cruel or indifferent system in the world. They also misuse sex and food and the way of the eating and even medical for this business. The people in the world are different in thinking and action also and they brain wash different groups against others, because they afraid that poor and middle class people have the power and the unity. They train the religious people against non believers or atheist; atheists hate the religious people instead to hate the disunity caused by business people. The communists hated capitalists, which in reality both are the same, in both philosophy are good and bad interpretations. Communists leader were also rich like capitalists leader and the poor communists and capitalists that in realities both were the victims hated each other. Some Shia hates Sonnies and vise versa. Some west hate the East and some Eastern people hate the Westerner and both think that they have right.

The taxpayers of USA or Europe paid trillions dollars for a war which could be solved in much better ways. All the middle class and poor class in the world are the victims of these disunity and hates. With these trillions dollars or Euro, we could build hospitals, school, universities or create work. Dictators and stupid people in the top positions are leading us to hate and disunity and the huge companies make money for our prejudice and ignorant. Who was the winner of Iran Iraq war? Eight years war was started by an ignorant person like Sadam. Costs billions of dollars for both countries and millions of people are killed or injured and their wealth has been collapsed. Who was the winner, the huge companies that sold all their weapons that were years in their storage to both sides of the war. They sold to each part so much that none of them could win the war. The hate between Shia and Sunni was one of the motives for this war.

They train us to be selfish and absolutist, we believe that we have right and all other people are wrong and this disease or illnesses bring us down and down. That is the same story in the whole world, with inflation, deflation they destroy the capital of middle class people in the west and east. The people like Ghadafi or other dictators in realities work knowing or not knowing for the benefits of the huge companies. Ghadafi paid billions of dollars of the capitals of his people for his creasy plans which were in the way of benefit of huge insurance companies and weapons companies or even drug companies. The billions of dollars weapons he bought, was used against his own people and was destroyed by NATO or people, so they must buy again. We should learn that everything could be relative and depends on time and environment. And to believe as absolutists and respect only one way of thinking brought so many problems in the world, which is in the benefit of business people who want to sell more and more. Even in the USA some people with forty years of working in the top positions have no pennies, because they system robes them.

You know that the Moslem leaders are flying in the private air plan made of gold and live in the houses made by ivory or gold and drive cars made of white gold. And the Arab Moslem boy or girls have no chance to study or even enough drinking water. I know a lot of my friends who were born in a family of two religions for example and they had difficulties with the members of both religions. They were later suffering for the hate of both members. And so on. I was teacher in seven different countries and had students from all nations and religions or cultures. I was general consultant to the government. So I am trying to share my experience with my students and people. We have great leaders like Sadi, Molana Jalaleddin Balkhi and just few sentences of them can lead us in the best way possible. We should be pure, nice, and friendly to each other and we should respect pure thinking and the way of lives of other people. The hate is existed between us in a huge benefit for the super rich Mafia to govern the world.

O people of the world, do not look to each other as strangers, you all are just brothers and sisters. The world is now smaller as in the past and you have contact with each other. You have to love and respect each other regardless to their races, religions, language and nationalities.

The science and moral or humanity should be respected as it can solve our problems. The fundamentalist Christian say we are right and the rest of people who are not thinking like us go to the hell. The Moslems fundamentalists are saying the same things, who has right? The atheists say that all religions are the opium to make the people useless and bring them to illusion and misuse them as robots. Young Moslem brain washed are willing to be killed for their religions even they did not read the holly Quran with translation? The middle class people in the west should pay all these costs by taxes. And they get poorer and poorer. The rich bankers and the managers of insurance companies make huge amount of money through these fear and hate. Even our leader told us that all of you are one. If you do not have the feeling of the unlucky of other people , you are not even human. We should suffer, because we are selfish and ignorant and full of prejudice. The human being is like a body, and if part of the body is injured, so the whole body should suffer. We should work for unity of mankind and universal love and try to respect all the ways of thinking as long as they are pure and not cruel.