A Strong Iranian-American Candidate for Congress 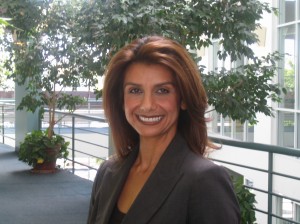 “As an organization that was founded on the mission to increase Iranian-American participation in the American political process, we are very excited about Banafsheh Akhlaghi’s run for Congress.

As Americans, at a time when our middle class — and with it, our democracy – have been weakening for over a decade, we desperately need someone as tough as Banafsheh to stand up for “the 99%” and the great principles that our country stands for. We need someone like Banafsheh to advocate for more jobs, a stronger economy, a stable housing market and better education and healthcare systems.

It is also time for us to help elect the first American of Iranian descent to Congress to help represent our perspective in Washington.

Our community has done so much to get ready for this moment. We have done so at the grassroots level with decades of economic, academic, professional and scientific contributions; at the organizational level with hundreds of cultural, professional and social not-for-profit groups doing our part to make a positive difference; and at the level of political participation by voting in greater numbers, volunteering, and contributing to candidates and causes — in other words, “putting our money where our mouth is”.

What makes us most excited, however, are Banafsheh’s qualifications and character. Over the past decade, Banafsheh has been leading a life of service, standing up for the very values that this country stands for. She is known for her passion for people and for The Constitution. And she has proven herself as a woman of high integrity and strong character. In fact, we believe that Banafsheh is one of the most highly qualified Americans of Iranian descent to ever run for Congress, which is why we have been privately encouraging her to run for years.

Having said that, no campaign for Congress is ever easy. This campaign can only be won with a lot of support from a lot of people. This is the time for Americans of Iranian descent — and others — to roll up our sleeves and support this campaign. Not tomorrow or the day after, but today. The next two months are very critical since only those campaigns that can raise substantial funds will be viable. As always, there are many ways to get involved, but the easiest and most urgent way to support this campaign is through campaign donations. Donate generously!”

NOTE: To make a donation, get involved, or for additional information about Banafsheh or her campaign visit the official website of her campaign at http://banafshehakhlaghiforcongress.org/.

BAIAD is a non-religious, not-for-profit organization that stands for protecting the rights and interests of Iranian-Americans by encouraging active participation in American democracy and empowering the Iranian-American political voice and influence.

BAIAD is a chartered Democratic Club and is officially recognized by the Santa Clara County and Alameda County Democratic Parties.