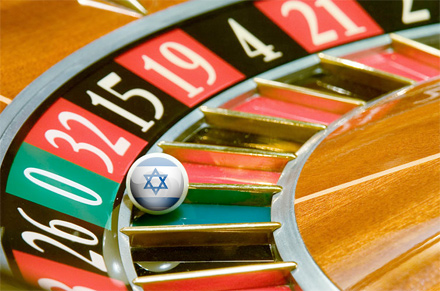 Should the latest episode of Israeli calls for bombing Iran be taken seriously, or is it – like the many cases prior to it – yet another (politically motivated) false alarm? Like clockwork, Israeli alarm bells have gone off in the past fifteen years with predictable regularity. Bellicose statements by Israeli officials have been followed by alarmist analyses describing military measures as both necessary and inevitable. And then, without any explanation, the bellicosity recedes and Iran and Israel return to their more normal levels of animosity.

By now, as WikiLeaks documents show, U.S. officials tend to view the Israeli threats as a pressure tactic to get the United States and Europe to adopt tougher measures against Iran, and to refrain from any compromise with Tehran over the nuclear issue. These intense periods of Israeli warnings about its imminent intent to bomb Iran have indeed tended to coincide with times when the international community has been debating additional sanctions on Tehran.

This latest call for war is no different.

Next week, the International Atomic Energy Agency (IAEA) is due to publish a report expected to detail evidence on the Iranian government’s suspected past weaponization activities. The Obama administration and the French government have pushed the IAEA to take a tougher line against Tehran. The IAEA report will be followed by a U.S.-EU push for harsher sanctions against Iran at the U.N. Security Council, where Western powers will meet stiff resistance from Russia and China.

The Obama administration has also launched a campaign to report the Iranian government to the Security Council due to its alleged attempt to assassinate the Saudi ambassador to the United States. Here again, the aim is to convince a skeptical international community to go along with new sanctions.

For Israel, the tactic of threatening war to secure sanctions has been a gift that never stops giving. The Israelis press the U.S. and the European Union to opt for more sanctions by arguing that absent new punitive measures, Israel will be “forced” to strike Iran unilaterally. Washington then uses the Israeli threat to press Russia,China and the rest of the international community to adopt new sanctions topreserve the peace. The choice is, the tactic dictates, between sanctions and war; not between confrontation and diplomacy.

To retain some minimal level of credibility, each new round of saber rattling contains new elements to set it apart from previous episodes. This time around, the narrative reads that intense debates are taking place within the Israeli cabinet between proponents and opponents of unilateral Israeli strikes. What are supposed to be confidential, internal deliberations have now been leaked to the public and the whole world can follow the debate over war and peace unfold like a bizarre reality TV show.

While skepticism about Israel’s saber rattling is warranted, it is also dangerous to completely dismiss it out of hand. At a minimum, there are two important factors that indicate the past pattern of empty threats may be changing.

First, stiff resistance from the U.S. military has in the past forced Israel to think twice about any unilateral strike against Iran. Pentagon officials believe that Iran will not differentiate between an American and an Israeli attack. As such, Israeli military strikes will beget significant Iranian retaliation against American targets. In July 2008, in the midst of a massive Israeli effort to convince former President George W. Bush to attack Iran before he left office, then chairman of the U.S. Joint Chiefs of Staff Admiral Mike Mullen warned that an Israeli strike on Iran would prove “extremely stressful” for U.S. forces in the region. “This is a very unstable part of the world and I don’t need it to be more unstable,” he cautioned.

But with President Barack Obama in election mode, Benjamin Netanyahu may sense an opening. At a time when the Republicans are attacking Obama for being insensitive to Israeli interests, Obama cannot afford another confrontation with Netanyahu. In spite of the danger Israel would put U.S. troops under if it attacked Iran, Obama’s ability to exact a political price on Israel for doing so is currently limited.

Second, as I document in A Single Roll of the Dice – Obama’s Diplomacy with Iran (Yale University Press, 2012), sanctions and military action are not either-or options in Israel’s view. Rather, they are complementary. While sanctions systematically weaken Iran and reduce its capabilities, including its ability to muster nuclear advances, military action is needed to push back Iran if it reachesimportant nuclear milestones, in Israel’s view. Sanctions can slow down Iran’s nuclear advances, but military action can set the nuclear program back, albeit only temporarily. Alone, neither approach is satisfactory for Israel. Only when the two are combined will the Jewish state feel confident that the balance of power is securely locked in its favor.

But with Washington having little left to sanction in Iran, and Israel’s credibility reaching a new low as a result of its many false alarms, how much longer can this game of brinkmanship and sable rattling be pursued before it turns into a self-fulfilling prophecy?

AUTHOR
Dr. Trita Parsi is President of the National Iranian American Counci and the author of Treacherous Alliance – The Secret Dealings of Iran, Israel and the United States. Dr. Parsi will be releasing his upcoming book A Single Roll of the Dice – Obama’s Diplomacy with Iran (Yale University Press), early 2012.