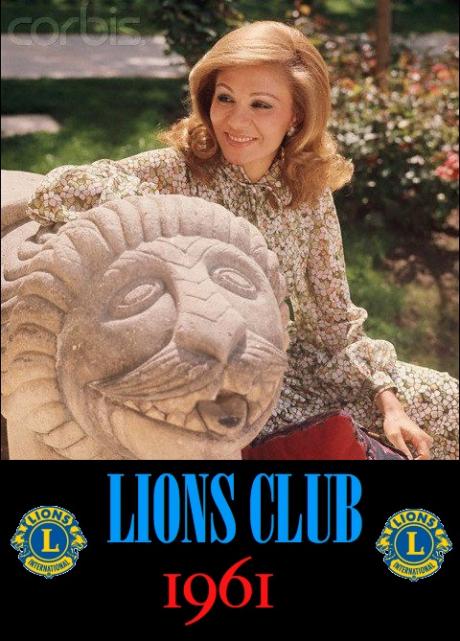 The First Lion Club was inaugurated in 1961 by Iran’s Empress Shahbanou Farah and by 1979 there were about 600 Lions Clubs all of which were disbanded after the Revolution.
Lions Clubs International (LCI) is a secular service organization withover 44,500 clubs and more than 1.368,683 million members in 191 countries around the world founded by Melvin Jones  Headquartered in Oak Brook, Illinois, United States, the organization aims to meet the needs of communities on a local and global scale.

Much of the focus of Lions Clubs International work as a service club organization is to raise money for worthy causes. All funds raised by Lions Clubs from the general public are used for charitable purposes, and administrative costs are kept strictly separate and paid for by members. Some of the money raised for a club’s charity account goes toward projects that benefit the local community of an individual club.

The stated purposes of Lions Clubs International are:

▪       To Organize, charter and supervise service clubs to be known as Lions clubs.

▪       To Coordinate the activities and standardize the administration of Lions clubs.

▪       To Create and foster a spirit of understanding among the peoplesof the world.

▪       To Promote the principles of good government and good citizenship.

▪       To Take an active interest in the civic, cultural, social and moral welfare of the community.

▪       To Unite the clubs in the bonds of friendship, good fellowship and mutual understanding.

▪       To Provide a forum for the open discussion of all matters of public interest; provided, however, that partisan politics and sectarian religion shall not be debated by club members.

▪     To Encourage service-minded people to serve their community without personal financial reward, and to encourage efficiency and promote high ethicalstandards in commerce, industry, professions, public works and private endeavors