The dark and disgusting side of the Iranian Internet 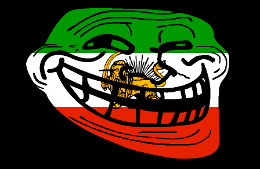 Over the past few months I’ve been observing the dark side of the Iranian Internet. An Iranian board which allows pure free speech, that means everything from pictures of dead Arabs, to beheaded people, to hardcore pornography and racism.

The site I am referring to is Iranica-Chan.org and I hope that no American sees it and believes that it represents Iranians. It only represents sick Iranians who want to change the Islamic Republic by force and believe in true free speech, these people literally want to stab Mullahs to death and take down the Islamic Republic, something we at Iranian.com don’t believe in, something we as Iranians are against.

The fact that their site doesn’t store any content and is completely anonymous is also quite weird, it’s literally the worlds only uncensored Iranian imageboard.