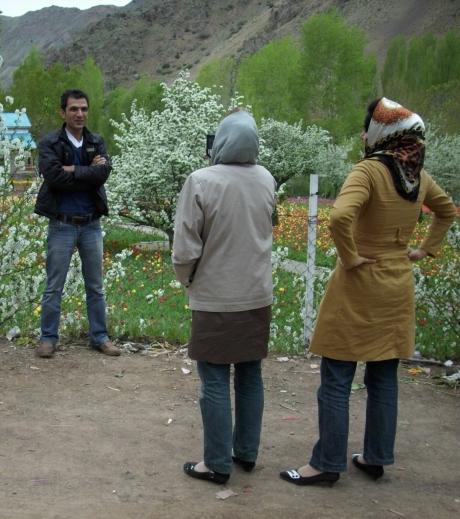 As you read the articles, blogs and comments on this website you get the sense that some are so anxious like little boys and girls crying to their mommys that look Syrians have chocolate sprinkles on their ice creams and you are serving us falloodeh!  We want ice cream like Syrians!  Never mind if Syrian ice cream is like eating card board!  They just want what “seems” to be the flavor of the day.

With the Iraq war we were introduced to the tensions between Shiites and Sunnis.  We were already familiar with European ethnic tensions like in Ireland or the former Yugoslavia and how brutal it was but once we saw first hand the ethnic cleansings in Iraq in our neighborhood we realized that things could really get out of hand and life can be really miserable in an ethnically divided country.  Reprisals are brutal and people look for “security” by siding up ethnically for “protection”.  It becomes sort of like a “legalized” gang life.

Assad is “protection” and claims this is why he is cracking down hard and I really feel sad for what the future will hold for the minorities in Syria once Assad is brought down.  I am sure he will be brought down.

Anyway, to those who are impatient about Iran I can only say that the fall of Assad will have a major impact in Iran.  The entire Arab Spring is having an impact in Iran.  We are not ethnically divided and it remains to be seen how the future Governments in Tunis, Egypt, Libya and now Syria will govern and how much of their ideals will be really accomplished. Will they end up like an Islamic Republic like Iran?  I hope not.

Iran does not have a “diverse” religious demographic like Syria or other countries.  There are religious minorities but they are not the one ruling with an iron fist the remaining 90% or so Shiites.  So our uprisings are different and don’t have ethnic overtones.  Our cause is freedom like everybody else but you can neither rally people behind a religion anymore nor scare them from the religious ruling minority to stand up against.

In the end I know that our views are set but isn’t it interesting that the same people who cherry pick events in Syria or other Arab countries blame IRI and its supporters for cherry picking and comparing self to America?!  AND on other subjects they look to Arabs as filty alligator eating sub humans that invaded Iran and so on and so forth?!

Photo caption:  tulip garden in Gachsar on the way to Caspian.

PrevPreviousThe problem of sexual relationship in our countries? Hate and Love
NextSparksNext