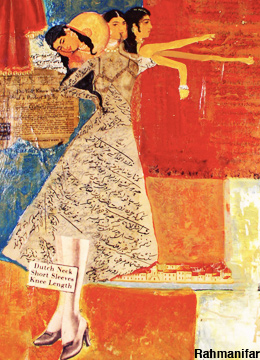 The people of Iran are among the most ancient and diverse people of the world. Their continuous presence of government, absolute monarchy for the most part, goes back to over 2,500 years ago; it was reigned by Cyrus the Great of Achaemenian Dynasty and only preceded by ), an American professor of proud Iranian heritage based in New York, who has endeavored to reform himself from the many of the social-ills as stated above, acknowledges that he still has a very long way to achieving half of what he has prescribed in this essay, himself.