Rape victim: Story of Gulnaz and her pardon 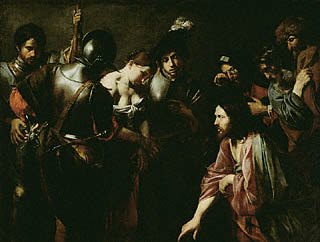 “He that is without sin among you, let him first cast a stone at her.”

Gulnaz a Afghan Woman is to be freed from Jail after agreeing to marry her rapist. Afghan President Hamid Karzai on Thursday pardoned Gulnaz serving a 12-year prison sentence for having sex out of wedlock after she was raped by a relative.

Sharia is enshrined as the highest law of the land in Afghanistan according to the current constitution. Under Islamic law, the stress is not so much on the crime of rape but on the dishonour that the woman has brought upon her family by her sexual immorality, even if it was a rape. Under Islamic law, rape can only be proven if the rapist confesses or if there are four male witnesses. This is the primary reason that rape victims are often punished by the Islamic courts as adulterers.

Women like Gulnaz who make allegations of rape may be expected to produce four witnesses in accordance with the Qur’an’s standards for proving a sexual crime (24:13), or they run the risk that all they have done is admitted to having sex.

The term ‘zina bil Jabr’ is utterly contradictory, accurately translated, it is “consensual extramarital sex by force” this contradiction has serious legal implications and has destroyed the lives of numerous women. Islamic law rejects forensic evidence, such as DNA, in favour of eyewitness testimony. In the absence of four male witnesses, a rape cannot be entertained. The woman’s charge then becomes a “confession” of adultery. She can be stoned, even though the male is unpunished, since he never “confessed” to a sexual act!

Gulnaz was raped two years ago by her cousin’s husband but did not straight away report the attack, fearing reprisals from elements of Afghanistan’s conformist culture. She conceived a child from the rape, and went to police after showing signs of pregnancy.

Prophet of Islam got a revelation from Allah through Gabriel that four witnesses were required (the accusers didn’t have them). This helped acquit Aisha, but Muslim women have undergone an in built prejudice within the Islamic jurisprudence law against them to date. The root of the requirement of four witnesses comes from the Qur’an (24:4 and 24:13). It is based on an incident in which Muhammad’s favourite wife, Aisha, was accused of infidelity.

Qur’an (2:282) – Establishes that a woman’s testimony is worth only half that of a man’s in court.

Qur’an (24:4) – “And those who accuse free women then do not bring four witnesses (to adultery), flog them…”

Qur’an (24:13) – “Why did they not bring four witnesses of it? But as they have not brought witnesses they are liars before Allah.”

The chief problem with the traditional Islamic law, is treating rape as “consensual extramarital sex by force”-zina bil Jabr. Since’ extramarital sex’ – zina is lawfully forbidden and looked upon as morally one of the most blameworthy acts, the very charge of ‘zina bil Jabr’ is considered as casting a negative spotlight on the accused. A rape victim, already a injured party, is further shocked when burden of proof shifts to her.

This tag and burden of proof is a serious obstruction to overcome and major impediment to treat a raped victim with any impartiality or even handedness, as a victim and victim only. Rather, the very accusation of rape is under this conjecture is that the sufferer along with the rapist have been involved in a “consensual extramarital sex by force.” (zina bil Jabr) a guilty act.

The obligation of four Muslim adult male witnesses is a supreme stumbling block, the eye-witnesses should be trustworthy, truthful and devout, all should have seen the of the act of “penetration” clearly. The witnesses can be further grilled as for their individual virtues, they have to be pious to the point that they must be free from major sins as enjoined by Koran and traditions, this is another intolerable stipulation that hardly ever can be met through free examination.

This freedom from sins is a auxiliary barrier in an unforeseen event that four witnesses really see an act of penetration; to disqualify these unique ring side witnesses the accuser can get them disqualified for being non pious and non practicing Muslims. The greatest vices, technically called “the major sins” (Kaba’ir), are: “Avoid the seven noxious things”- and after having said this, the propeht mentioned them: “associating anything with Allah; magic; killing one whom Allah has declared inviolate without a just case, consuming the property of an orphan, devouring usury, turning back when the army advances, and slandering chaste women who are believers but indiscreet.” (Bukhari and Muslim)

As soon as a woman files a complaint of rape or a woman accused of zina, (the charge of rape) the burden of proof shifts to the accuser. She can’t bring female, non-Muslim or minor witnesses. She can’t bring witnesses who are not pious i.e. free of major sins or witnesses not seen eye-witnesses of the “penetration.” As a result the victim ends up in the court as culprit and sham accuser. It is implied that this is to maintain sanctity of the community is the general purpose at the cost of veracity of an human being if she is a women.

This is a dilemma that has ensnared women under Shariah laws. The quandary is further complicated by supplementary issue. The penalty for rape (zina bil jabr) is superior than just zina (adultery), the accused has all the incentive to claim that it was an adulterous relationship.

Gulnaz is now raising the daughter in jail and has agreed to marry her attacker in order to be released and legitimize her daughter. Islam’s stress is entirely and totally upon women as having the blame not to lure men. If they do, and the man rapes, it’s the woman’s fault. So this ruling is of a piece with the wearing of hijabs, burqas, etc. Islam teaches that women are the possessions of men and places a high premium on virginity. This woman after the rape would be considered damaged goods. If the rapist had declined to marry her, her life would have been completely ruined, as no one else would marry her and she would be stigmatized.

This injustice against the women is disgusting, most women in jails in Islamic countries of South Asia are there for “moral crimes.” The demands from Gulnaz to produce four eye witnesses in failing to do so she was jailed for admitting having sex as a false accuser. The burden of proof for establishing the crime of rape is a major reason why Gulnaz and so many others like her are in jail in the first place. Communities are enforcing Sharia, and Kabul does not disagree with them. “He that is without sin among you, let him first cast a stone at her.”