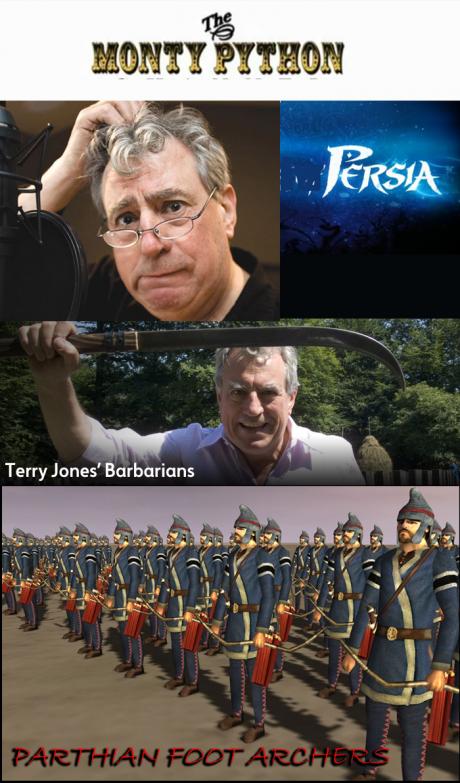 Terry Jones one of the Members of the Famous Monty Python Band is also a History Enthusiast. In a Documentary for British TV called “The Barbarians”, he introduces us the the Ancient Civilizations which fought the Roman Empire. Here Come the Parthians, Enjoy …

So you think you know everything about the Romans? They gave us sophisticated road systems, chariots and the modern-day calendar. And of course they had to contend with barbarian hordes who continually threatened the peace, safety and prosperity of their Empire. Didn’t they?
Terry Jones takes a completely fresh approach to Roman history. Not only does it offer us the chance to see the Romans from a non-Roman perspective, it also reveals that most of the people written off by the Romans as uncivilized, savage and barbaric were in fact organized, motivated and intelligent groups of people, with no intentions of overthrowing Rome and plundering its Empire. This is the true story of Roman history as seen by the Persians …