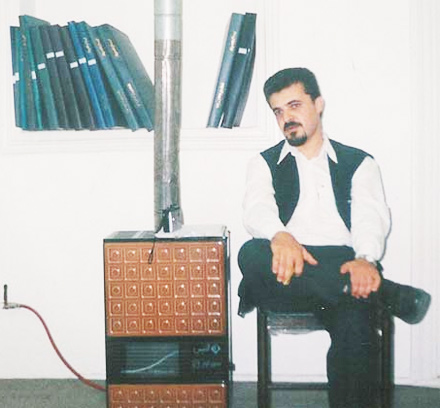 When I was the Persian editor at the International Center for Journalists, I had the privilege to get to know many Iranian journalists, among them Farshad Ghorbanpour. He had been in prison for a month, only to be released on 50 million touman bail. I wrote about him and he thanked me upon his release. From then on, we became good friends and spoke regularly. We exchanged books, both being interested in Iranian history.
Farshad, who is from Gilan, started his journalism career at Gilan e-Emrooz and was later involved in such journals as Shahrvand, Mehrnameh, Bukhara, and recently at Farhikhtegan. Farshad conducted the last interview with Dr. Fereydoun Adamyiat, Iran’s famous historian before the latter’s death.
Every time I called him, when I was down, he always made me laugh. Imagine, going through the turmoil most journalists go through these days in Iran, but he was the one who cheered me up thousands of miles away living in freedom.
Farshad was waiting for his sentence. He went before the judge and was handed down the sentence he was anticipating. I told him to leave Tehran for a while but he said bee khial if it happens it will.
Today I was informed that security forces went to his home where he lived with his wife and young boy, and took him to prison. He has been taken to ward 350 of Evin prison to serve a one-year sentence. I am truly saddened to hear this news.
He does not belong in prison, just as hundreds of others who are writers, journalists or civil rights activists don’t belong in prison.
Dr. Farzin Vahdat of Vassar College says about Farshad: “He is a young intellectual who is very courageous. Today, he is paying a hefty price for his commitment to social and cultural research in which he has been engaged for years.”
I call upon journalists and free thinkers to demand his immediate release.