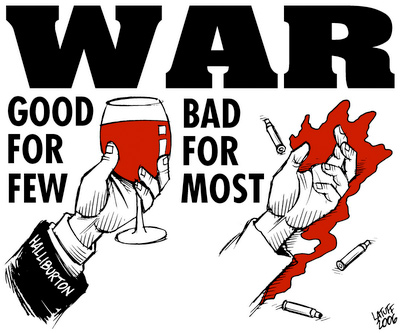 Message from the Network of Iranian Labor Associations (NILA) to Amnesty International’s Human Rights Day Event in Chicago on Human Rights in Iran.

We, trade unionists in Tehran and other cities, extend our warm greetings to you from half way across the world. Please forgive us for not sending you a video message. Unfortunately trade unionism is considered a dangerous offense by the Iranian government and labor activists here are persecuted like dangerous criminals. Hence the need for extra caution even in a simple message of greeting such as this.

Certainly, your event is special in more ways than one. While in the past there have been human rights conferences focused exclusively on persecution of political or civil society activists, or to repression against religious minorities, or on rare occasions, to the hounding of labor activists in Iran, to our knowledge an event devoted to all of these at once is rare, and quite welcome.

What activists in Iran from all these diverse movements have learned is that one can only separate these struggles at one’s own peril. It is simply a matter of survival for democracy activists, labor rights activists and religious and ethnic minorities to be working together. In facing a powerful and ruthless dictatorship like the Islamic Republic, it would be shear madness to highlight our differences rather than our common ground.

It is therefore deeply satisfying to know that experts from various fields are discussing repression against political activists, followers of the Baha’i faith and labor activists in one panel as it is being done in Chicago today. One can hope that this model is taken up by other American and international human rights groups.

Finally let us share with you a major concern of ours today — one that demands maximum vigilance in the months to come. As you know, the Iranian regime is in the throes of its worst ever crisis. In fact we are dealing not with one but multiple crises: economic, political and ideological ones. This is beginning to hit the very heart of the regime: i.e. its social and political support base. This year, for example, the Ashura mourning ceremonies, devoted to the martyrdom of Shi’ism’s Third Imam, was the most lackluster ever. While this may be greeted by outsiders as welcome news, in reality it makes the regime far more dangerous than in the past.

The recent attack on the British embassy in Tehran should be seen as a warm-up for what is planned. They are preparing themselves for war. The bloodier, the better, from their perspective. It would be their savior, a lifeline to the regime. Under the circumstances, it would be sheer folly for either Israel or the United States to go to war with Iran. Why give the Islamic Republic’s leaders a fresh lease on life when every visible sign points to a terminal state of being? Unfortunately there are indications that this doomsday scenario is not so far-fetched. Despite denials in the last few days, Israel’s right-wing government is actively preparing itself for that very option. It may do so for both domestic and strategic considerations, dragging the Obama Administration with it into the abyss. What would an attack on Iran achieve? It certainly can not destroy the country’s nuclear program. It would only set it back for a very short time while giving every pretext for that regime to resume it feverishly afterward. It would consolidate the regime for many years to come and it would radicalize the Arab Spring into a radical Islamic fundamentalist nightmare.

It is incumbent on us, in the weeks and months to come, when war drums are rolling, to alert our public to the dangers of the war option. There would be no room for campaigning for human rights when cities are bombed and civilians slaughtered.

Therefore let us not forget to publicize this dreadful threat as we highlight the many cases of human rights abuses in Iran.

We wish you a very successful event …