Close the Strait of Hormuz 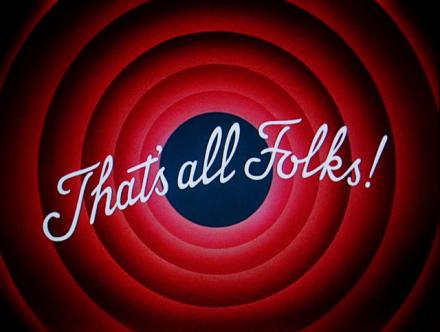 While it will never happen, nevertheless if not here, and if not now, then where the hell else is this going to be said?

Yes, I said it. The US should block the Straits.

Not for all oil, just Iran’s oil.

Not to put pressure on the top elite, that would never happen. That theory is about the same as the effect the Occupy 99% have had on the conscience of the 1%. Or 0%.

No, I mean to exactly put pressure on the middle and lower class of Iran with a sanction so deep, it effectively angers the average Iranian into action.

Because Iranians (in spite of the other theory) still need to take action against their government. By their own hand. We’ve tried all the other ways, and they totally have sucked.

So enough of this finesse idea. That the US will do all the surgical embargoing, NIAC will try to oppose that, which will make it happen anyway, and the Iranian people will magically wake up to gloriously sunny day. Full of flowers, naked blond women dancing about with Martinis in their hands, and a shiny new Democracy 3000 parked in every garage.

So back to the Straits (and Narrows). So I say, the US should stop all Iranian oil leaving the Gulf. Any other oil especially Iraqi and Saudi oil should be allowed out.

In advance of this, the US should arrange to sell whatever oil China needs, from either increased capacity of Saudi oil, or however it can arrange to replace Iran’s oil to China.

This will hurt everyone inside Iran even more. which if you would stop getting angry for a second and allow me, is actually a good thing.

Next, I would shut down all Coca Cola and Pepsi products inside Iran. They are violating the current embargo anyway. OK, so you are probably foaming at the mouth at the ridiculousness of what I just said. Keep it together and give me one more second.

Absence of Coke or Pepsi, will affect the average Iranian far more significantly than anyone cares to admit, and that should really do it. To fully enrage an already exhausted populace to the point of utter fury.

I know you think that Iranians are smart and would vent it on the US. But they can’t do anything to the US, and so will beat the next best thing, which is their own government. Especially if any Mollah is seen drinking a Coke with his Soltani. And we all know how the Mollahs love their Soltani.

Of course this pushes Iran to the next logical desperate step, which would be to threaten the huge Saudi oil platform with it’s Russian missiles. As well as a similar attack on the huge ARAMCO refinery.

I say, it’s a gamble worth taking. The gamble is that Iran, faced with the complete shutdown of the only thing it has ever had for sale, that anyone has ever been willing to actually pay for, will have to now deal with significant internal unrest. It will also internally discuss reconsidering it’s nuclear program. And pretty quickly realize that attacking Saudi or ARAMCO out of desperation will only worsen an already bad position.

Because everyone knows, when it comes to war, the US likes to play good Defense by playing better Offense. And really nothing has been more Offensive in the history of the world, than the US military with a hard on.

All of this, will hurt Iran’s already crumbling internal rhetoric, and further weaken the resolve of all the toady apparat”chinks in the system”.

The cascade should start at that point, leading to a slow but steady collapse, the usual predictable vacation by the rich, super elite, and top leaders in advance of another 3-days of minor city-wide chaos.

Until someone finds the keys, and unlocks the TV station and broadcasts the words that we have all been dying to hear for the past 32 years,

Of course I intend to invest in Chevron stock while all of you sit with your mouths open and watch this happen live in HD3D on CNN!