Strait of Hormuz in Greater Context 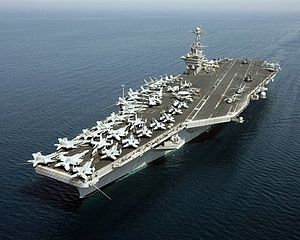 In 2011, Congress pressured Obama administration to take tougher stance on Iran than President Obama has been willing, this time against Iran’s Central Bank. Publicly Iran remains defiant and claims that sanctions will have no effect. Privately, however, they are panicked and have mobilized their lobbyists and apologists to persuade the international community to delay its implementation claiming it will hurt diplomatic attempts to engage Iran. They are wrong! We must see through IRI and its lobbyist’ propaganda and proceed with it.

For the past 33 years, the ideologically-driven regime has violated every international norm. From storming of the US embassy and taking American hostages, mass executions and assassinations of Iranian opposition groups, bombing of synagogues and embassies, funding of terrorist groups, involvement in 9/11, and plotting to assassinate a foreign diplomat, arrests, torture, rape and execution of peaceful demonstrators, to the pursuit of nuclear weapons, mullahs criminal activities continue.

Recently, the Islamic regime has threatened to close the Strait of Hormuz, in response to US and European Union moves to apply sanctions on its oil industry. Many so-called Iran experts with known affiliations to the regime have warned about an upcoming and imminent war. Deceptively however, they have accused the US and Israel for war mongering and the potential for war. In fact, just the opposite is the case. It is in the interest of many of the hardliners and Islamist zealots within the IRI to instigate some type of attack on Iran in order to raise the price of oil, quell popular agitations, repair internal fractures at home.

The regime has lost legitimacy and is on the verge of collapse. It sees war as the only option to once again consolidate its powers and continue its criminal reign. Unemployment and inflation are both in double digits. Corruption of the top echelon, house arrest of reformist groups, killing of the son of Mohsen Rezaie, arrest and sentencing of Rafsanjani’s daughter, fraudulent elections, rapid devaluation of its currency, crises in Syria, and a proxy war with the Saudi Arabia, have left the regime no options, short of a disastrous war. In reality, it is the mullahs who want war and not the other way around.

Iran’s bellicose rhetoric in recent days has given rise to the question of whether the IRGC could close the Strait of Hormuz. As many analysts have noted, the answer is ‘yes’ – but not for a meaningful period of time. In addition to Iranian machismo, the Iranian commanders are also well known for their bluffs to please their Supreme Leader and prove their loyalty due to current atmosphere of suspicion and distrust.

The question to be asked is whether Iran would even try to close the Strait of Hormuz? The answer to that question is ‘no’ — even the attempt would have devastating strategic consequences for Iran. For sure, Iran has the naval capability to shut down the Strait and temporarily choke off the flow of oil. But doing so will have catastrophic consequences for Iran itself. Knowing that Iran derives 80% of its revenues from oil, a closure of the strait will be self-defeating. Without imported gasoline Iran’s economy would grind to a halt. Indeed Iran has more to lose from shutting down of the Strait than the West.

But the heated rhetoric of Islamists does suggest how worried the Iranians are about the potential impact of fresh sanctions on the rouge state sponsor of terrorism, all the more reason for the United States and Europeans to avoid confrontation and proceed with those sanctions.

Internally, Iran’s currency, the rial, has plummeted to its lowest value against the dollar in more than two decades after the US legislation targeting Iran’s Central Bank. The Rial dropped almost 30 percent in two days, at one time hitting exchange rate of over 17,000 rials per dollar. The psychological impact on regime officials and ordinary Iranians amid the Islamic Republic’s growing international isolation has been huge.

Despite bluster that sanctions have had no effect, Iranian regime’s overreactions belie its insistence that sanctions are meaningless. Following the money, it is abundantly clear just who exactly oppose Iran sanctions: Regime lobbyists and apologists, oil companies and Iranian-American super rich who do business with Iran. Imposing sanctions on the Central bank has the needed bite, assuming President Obama doesn’t use his powers to dull their impact. Unfortunately, it is becoming clear that the Obama administration is not fully committed to new sanctions on Iran’s Central Bank. Mr. Obama’s attempt to sidestep some of the requirements would be tantamount to challenging the entire US Senate and the will of the American people. With the Senate voting 100-0 to cripple the Central Bank of Iran, the president’s risks overwhelming public outcry, especially during the election year.

Iran’s current provocations may have more to do with its own fiscal desperation than any real grievance. In order for the regime to maintain its grip on power, it needs to sell oil and at an increased price. Simply threatening tanker traffic drives up the price of oil, adding millions of dollars to Iran’s coffers. Let’s do not buy into their scheme and overreact.

The United State and European countries must stay the course, avoid confrontation and let sanctions do the work. Let isolation and sanctions take their toll. When it comes to Tehran’s nuclear program and its Hormuz threats, it is time to hand Khamenei the poison chalice, much like Khomeini during the Iran and Iraq war.

Many IRI apologists academicians, lobbyists, and retired diplomats have called for diplomacy and consistently suggested that Western concerns about Iran’s nuclear intentions are misplaced, and have argued that, winning Iranian concessions “requires the renewal of effective negotiations.” They are deceptive and wrong.

The West is finally realizing that their differences with the Islamic Republic are irreconcilable. After 33 years of futile attempts at dialogue and diplomacy, they may finally be entertaining the idea of regime change. Some disillusioned still see the best solution a change within the regime. Frankly, there are no good alternatives within the regime. They are all driven by Khomeinism and would very much like to see the writ of Islam obeyed in every country in the world. They celebrate death and see sacrifice in the way of Allah as ultimate reward. They see access to nuclear weapons as key ingredient for their survival and expansion of fanatical Islamic ideology beyond Iran’s borders. Anti-Semitism runs in their blood. They see the West and its way of life as vile and contemptible. Appeasing the mullahs or looking for moderates within the regime is an idea whose time has expired. Khomeini was a religious fanatic on a mission to export his Islamic revolution to the whole world, to establish an Islamic state worldwide and to confront the world with his ideology. Mousavi’s reform agenda and aspiration was to return Iran back to the golden days of Khomeini era.

Ayatollah Khomeini: “Those who say Islam should not kill don’t understand [it]. Killing is a great [divine] gift that appears [to man]. A religion that does not include [provisions for] killing and massacre is incomplete.”

Ayatollah Yazdi, Senior Advisor to Ahmadinejad and IRGC Leaders: “We must wipe away the shameful stain whereby some people imagine that violence has no place in Islam…we have decided and are determined to argue that violence is the heart of Islam.”

Attempts a dialogue and diplomacy with the Islamic Republic in Iran is much like trying to cure cancer with placebos. The Islamic Republic is determined to develop nuclear weapons. It needs it for its own survival and exportation of radical Islamic ideology beyond Iran’s borders.

To ease or cease economic pressure on Iran is ill-advised. It is time for the West to completely divorce itself from the mullahs and begin supporting the pro democracy and secular groups inside and outside Iran. Will the world powers do the right thing and put their moral obligations, ethical values, defense of human rights and democracy over and above the financial interests of few lobbyists, big oil companies and super wealthy Iranians who are getting filthy rich on the back of freedom loving and pro-democracy Iranians?