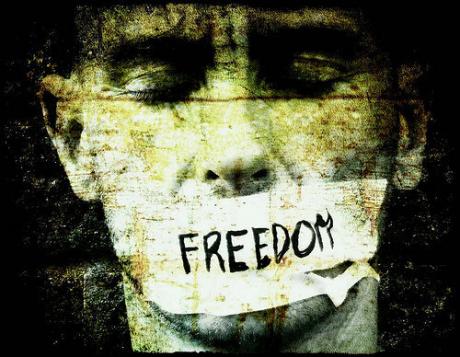 The French would be better off dealing with their own historical genocides that they still deny! What is the point of passing a law about other countries’ genocides if not to pave the way to censure speech?

Let’s take a look at The Universal Declaration of Human Rights Article 19:

“Everyone has the right to freedom of opinion and expression; this right includes freedom to hold opinions without interference and to seek, receive and impart information and ideas through any media and regardless of frontiers.”

Now, let’s look at a brief history of The Commission on Human Rights:

“The Commission on Human Rights was made up of 18 members from various political, cultural and religious backgrounds. Eleanor Roosevelt, widow of American President Franklin D. Roosevelt, chaired the UDHR drafting committee. With her were René Cassin of FRANCE, WHO COMPOSED THE FIRST DRAFT OF THE DECLARATION, the Committee Rapporteur Charles Malik of Lebanon, Vice-Chairman Peng Chung Chang of China, and John Humphrey of Canada, Director of the UN’s Human Rights Division, who prepared the Declaration’s blueprint. But Mrs. Roosevelt was recognized as the driving force for the Declaration’s adoption.”

Now, let’s look at freedom concept of one of these countries of the Commission, how they (French Parliament) corrupt, misuse it by accepting the so-called Armenian Genocide Law according to which, no one can deny the so-called Armenian Genocide in the territory of France. If we look at it in terms of the Universal Declaration of Human Rights, this law contradicts to death to the Article 19 of the Universal Declaration. What kind of paradox is it?! What kind of slander is it?!

Putting aside these libels, how can you break the law you yourself accepted in which you yourself played a great role in forming while you have that Réne Cassin of your own blood, your own ancestor, in your own history, one of the most influential members of the Commission on Human Rights who spent his life defending the rights of men, women, and children dedication of whom to bettering the lives of others and contribution of whom to the Universal Declaration of Human Rights having been recognized with a Nobel-Peace-Prize? As such are quite interesting makin me to say together with George Santayana that;

“A country without a memory is a country of madmen.”

Thanks to Amnesty International! Amnesty is one of the few organizations, whose decisions are not affected by politics!