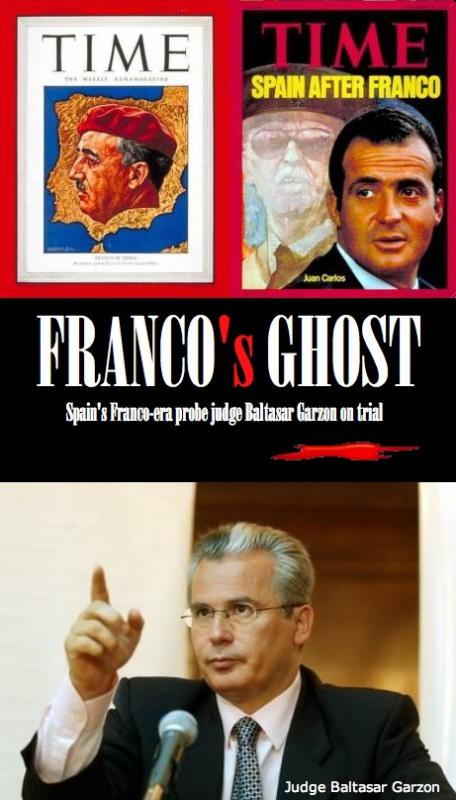 Judge Baltasar Garzon is accused of breaking a 1977 amnesty law, when he tried to investigate alleged human rights abuses, committed during Spain’s civil war and during the dictatorship of Franco that followed. Baltasar Garzon, renowned for his investigations into human rights abuses in Spain and Latin America, appeared before the Madrid court on Tuesday to face the first of three trials, which his supporters say are politically motivated. (See Related BBC News)

One of Spain’s best known judges has gone on trial in the country’s supreme court on charges of abusing judicial powers. Al Jazeera’s Jonah Hull reports from Madrid.  Jan 17, 2012

Judge Baltasar Garzon came to worldwide attention in the late 1990s, when former Chilean military ruler Augusto Pinochet was arrested in London on his initiative. The judge was acting under Spain’s principle of universal jurisdiction, which holds that some crimes are so grave that they can be tried anywhere regardless of where the offences were committed. Pinochet headed Chile’s military regime from 1973-1990, when about 3,000 people were killed or went missing in his crackdown on leftist opposition. Pinochet was arrested in the UK in 1998 and detained for 18 months while Spain’s extradition request was considered. In the end, it was ruled he was too frail and he was allowed to go home.

For decades, Spain cast a veil over the atrocities committed during its civil war. But this isolated vast sections of society. Now, breaking this pact of silenceis opening old wounds.

To some, the government’s decision to recognize victims of Franco’s regime is simply righting past wrongs. But many don’t want to revisit this painful period of Spanish history.

“In Spanish history books, there are some blank pages”, states Francisco Espinosa. “Only the side of the dictatorship has been told”. His father was killed by Franco’s men during the civil war. Now he hopes to identify his father’s body and give him a proper burial. Since Franco died more than 30 years ago, there has been a nationwide pact of silence about the atrocities committed during thecivil war. Now the government wants to reopen the archives and offer compensation to the Nationalists’ victims. But these plans are reopening oldwounds for the Rupublicans’ victims.

Witness- Digging up the Past (Aljazeera English):

One man sets out to exhume the ghosts of Spain’s totalitarianism past.

The Symbol of Spain’s Unity Owes much to

The Symbol of Spain’s Unity Owes much to King Juan Carlos’ Personality, notably because

Of his behavior and role in containing the Military putch in 1981. Hence many Spaniards are

Said to consider themselves more ‘Juan Carlist’ than ‘Monarchist’.

King’s Oath in Front Of Parliament:

Military Takeover of the Parliament by Franchist General Tejero on 23 February, 1981:

King Juan Carlos speaks onTelevision against the Coup in Parliament:

King Juan Carlos I of Spain tells Hugo Chávez “Why don’t you shut up” (¿Por qué no te callas?) and leaves the meeting of the 17th Ibero-American Summit during a speech by Nicaragua’s Daniel Ortega, 10 November 2007.

DISCRIMINATION:Vendetta Against Anglican Bishop in Iran (1980)