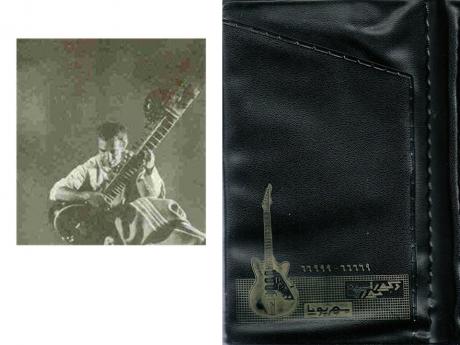 A Short Story about my Music Lessons at Mr. Mehrpooya’s Guitar Class

I was around twelve years old when my father came home and told me that he was going to send me to a guitar class by Mr. Mehrpooya!

My father always wanted me to play music and be sophisticated, but I was into other things! I had no interest in musical instruments and my attention was squarely on the soccer ball and on my friends on our street. So as usual my parents solicited the help of my other relatives and got my cousin who lived down the street from us to be a part of the deal. They got both of us signed up for the guitar class and hoped that we could become good musicians and perform in front of the family in our gatherings. My cousin had an advantage over me. His uncle on the father side was a good violinist, so unlike me he had music in his genes!

My father played violin as a child but he was never good at it. He used to tell me how he would practice for hours and hours but all he could get out of his cheap violin was “kher.. kher!” So I became my father’s next best hope! He didn’t like me being on the street playing all the time. He wanted me to hang with the sophisticated crowd, play tennis, go horse-back riding and learn about culture and music, but I was destined to be a rebel without a cause!

My father took us to Mr. Mehrpooya’s office on the 3rd floor of a building on Chahar-rahe-Shah, just across the street from General Mode and a block away from Koocheh Berlin. Mr. Mehrpooya had just come back from India where he had learned how to play sitar from Ravi Shankar and was in the news all the time. He had such a deep tenor voice that his nickname was Abbas-Gov-Seda! I was full of anticipation to meet him and then report back to my friends on our street about his voice!

His beautiful secretary greeted us at his office. The place looked incredible. There were two sitars on the floor that served as a table. There were human face masks from Africa. There was a large plane rotor leaning against the wall. You could spend hours just looking at the memorabilia of his travels around the world. I was just sitting there at awe with Mr. Mehrpooya.

His sexy secretary in mini skirt took our information, collected the tuition money and gave us the notebooks and told us where to buy guitars. After a while he came out of his office and greeted us. He was a nice and kind man. Over the next several weeks, he took his time teaching my cousin and I how to play the guitar, he pressed our fingers against the strings and showed us how to do the chords.

The next song was Strangers in the Night, “fa sol sol fa sol fa sol la si fa..mi re re mi re…”  http://www.youtube.com/watch?v=hlSbSKNk9f0

My cousin and I were doing well with the guitar lessons but I was not all that thrilled about the whole thing. My mind was still on the street and the soccer ball. Then came our family gathering. My mother and my aunt told us that once the dinner was served and when everyone was ready for singing and dancing, we should play our guitars.

Well, we played the two songs that we knew but nobody seemed impressed! Our relatives didn’t know these songs and couldn’t sing or dance to them. After the party, my mother had a serious talk with my father about what we were learning at Mr. Mehrpooya’s class. She said that she was going to come to Mr. Mehrpooya’s office and have a talk with him! She wanted us to do Baba Karam and Vigen’s song, Chera Nemi Raghsi!

Mr. Mehrpooya did not take kindly to my mother’s advice. He wanted us to learn the classical guitar not the pop stuff, but he gave in. In the next family gathering, my cousin who was much better than me was playing all these cool songs on his electric guitar and everyone was dancing and having a great time, and I was just trying hard to catch up by playing the chords.

Mr. Mehrpooya soon realized that I was not really that good of a musician and told my mom and aunt that I was holding my cousin back and he needed to separate us so that my cousin could advance faster. That was a good excuse for me to quit the class and get back on our street and join my buddies!

I admit that I was not a success as a musician but Mr. Mehrpooya inspired me and I learned enough about music and poetry that they became a part of my life. I should also say that Iranian parents are the best. They do so much for their kids. Mine did all these great things and still to this day they are apologetic about their shortcomings.

We are so lucky.

Thank you Ostaad Mehrpooya. You have a special place in my heart and I will have to go through the rest of my life knowing that I was not good enough to be one of your better students! But I hope that you forgive me!