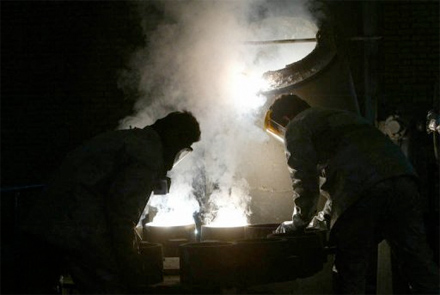 The newest round of sanctions that prompted Iran’s threat to close the Strait of Hormuz has revived questions about the endgame: What happens if Iran does not give up its nuclear program?

For some of the Republican presidential candidates, the answer is a pre-emptive strike against Iran’s nuclear facilities. Although their rhetoric is more heated, the Republicans’ prescription is similar to that of the Obama administration: keep military strikes on the table when dealing with Iran. This threat raises the question of whether striking Iran’s nuclear facilities would actually delay proliferation.

To answer this question, we examined all historical cases where countries bombed nuclear plants to stymie their enemy’s ability to build nuclear weapons. We analyzed attacks that occurred during ongoing wars — such as the U.S. raids against Iraq’s nuclear infrastructure during the 1991 Persian Gulf War — as well as raids that occurred during peacetime, such as Israel’s 2007 attack against a nuclear reactor in Syria.

Our analysis showed that several attacks have significantly delayed the target’s ability to build the bomb. However, four observations gleaned from previous attacks suggest that history is unlikely to repeat itself when it comes to Iran:

• First, the targets have often possessed a small and geographically concentrated nuclear program. Attacks against Germany during World War II, Iraq in 1981 and Syria in 2007 were successful, in part, because attacks were able to essentially eliminate the target’s capacity to produce fissile material (weapons-grade highly enriched uranium or plutonium) by destroying one critical facility.

Iran’s nuclear program, which dates to the 1950s, however, is relatively advanced and highly diffuse. A number of facilities would need to be destroyed to significantly curtail Iran’s weapons program. At a minimum, the attacker — presumably the United States or Israel — would need to destroy the two known uranium enrichment facilities at Natanz and Qom. The target list would also probably include the heavy water production facility at Arak, the uranium conversion center at Isfahan, Iran’s one operational nuclear power plant at Bushehr and its medical research reactor located outside Tehran.

The U.S. military has the capability to destroy these facilities. Yet the likelihood of operational success declines as the number of facilities that need to be destroyed increases.

• Second, the fairly advanced state of Iran’s nuclear program also raises the likelihood that it has clandestine facilities that neither Israel nor the U.S. knows about. Advocates of attacking Iran suggest that this is unlikely, but history tells a different story.

Indeed, the track record of identifying all nuclear facilities in states of concern is far from perfect. During the Persian Gulf War, for example, the U.S. heavily bombed Iraqi nuclear installations, but some important facilities — including a centrifuge plant at Al Rashidiya — remained unscathed because their existence was unknown to the U.S. and its allies.

Iran is almost certainly aware that an attack against its nuclear facilities is possible, especially given that its nuclear program was targeted during the Iran-Iraq War of the 1980s. Why, then, should policymakers have confidence that Iran has not built secret nuclear facilities or taken other countermeasures to protect itself?

• Third, even if we assume that the U.S. could locate and destroy all of Iran’s facilities, Tehran already possesses the knowledge required to produce enriched uranium — a critical ingredient for nuclear weapons. Any facilities that were destroyed could be rebuilt relatively quickly.

The same could not be said of Syria, a country that relied on North Korea for its nuclear development and lacked the indigenous knowledge necessary to rebuild its nuclear plant in short order after the Israelis destroyed the facility more than four years ago.

• Fourth, history suggests that multiple attacks are often necessary to significantly curtail a nuclear weapons program. Here, again, the case of Iraq is instructive. Baghdad terminated its nuclear weapons program after the Persian Gulf War. Yet this happened only after Iraq had its nuclear facilities attacked by three countries: Iran (1980), Israel (1981) and the U.S. (1991).

Even in a best-case scenario, an attack against Iran is unlikely to be a “smash and grab” job. Instead, success is likely to require sustained military pressure over several years and perhaps decades.

There is a long list of potential consequences of bombing Iran’s nuclear facilities, including the onset of a protracted war. Forget, for a moment, about these dangers. The main reason attacking Iran is unwise is that military force is far less likely to delay proliferation than advocates of striking Iranian nuclear facilities acknowledge.

Thus, if today’s tougher sanctions do not succeed and Iran does acquire the bomb, a policy of deterrence — making it clear that the United States would respond to any use of nuclear weapons with overwhelming force of its own — could be the best option.

Iran’s leaders might be provocative, but they are unlikely to be suicidal.