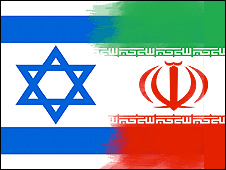 They say “people who forget history, will repeat the history”, someone forgot to say that to US presidents George Bush and Barak Obama.

Let me categorise some of the facts that history has to teach us.

Cyrus the great figures in the Hebrew Bible (Old Testament) as the patron and deliverer of the Jews. He is mentioned twenty-three times by name and alluded to several times more. From these statements it appears that Cyrus the Great, king of Persia, was the monarch under whom the captivity of the Jews ended, for in the first year of his reign he was prompted by God to make a decree that the Temple in Jerusalem should be rebuilt and that such Jews as cared to might return to their land for this purpose.

Moreover, he showed his interest in the project by sending back with them the sacred vessels which had been taken from the First Temple and a considerable sum of money with which to buy building materials.

150 years later (486 BC), Xerxes the Great took the crown of Persia, during his reign plots were hatched for removal of Jewish communities in Persia through Genocide, the matter was brought to the attention of Xerxes, who called upon Mordecai to bring his cousin Esther to the court, and asked her to marry him, the marriage made the Jewish girl the Queen of Persia and averted the plot in the making, the tomb of Esther and Mordecai is located in Hamedan in Iran and is one of Jewish sacred places.

Second World War placed the plight of Jews in the hands of Nazi Germany who set on destroying the jewish race, many acts of heroism is recored in history in helping the Jews escape the concentration camps and countries occupied by Nazi Germany, but very little is mentioned about “Iranian Scindler’s List”. Abdol-Hossein Sardari was an Iranian muslim diplomat during second world war 2 based in paris, Thousands of Iranian Jews and their descendants owe their lives to a Muslim diplomat in wartime Paris, according to a new book. In The Lion’s Shadow tells how Abdol-Hossein Sardari risked everything to help fellow Iranian jews escape the Nazis.

Today Iran houses the largest Jewish community in the Middle East outside Israel, some 20 thousand Jews with a member in Iranian parliament.

At the beginning of Iranian revolution a meeting took place between the Jewish community Leaders and Ayatollah Khomeini, where the latter agreed upon Jewish denounciation of Zionism,The Jews could remain in Iran without harassment. The agreement brought the Jewish Community inline with other communities living in Iran. Ayatollah Khomeini issued a fatwa decreeing that the Jews were to be protected.

The overal view of the history shows the tendencies of Iranians in saving jewish lives throughout the history, providing them with rights, and getting their rights back from aggressors.

Iran is the only country on the planet that has two kings mentioned in Jewish old testament as “Messiah”, the jewish history is well interwoven into the Iranian history, I can go as far as saying that the existance of Jewish communities today is very much as a result of Iranian assistance throughout the history.

The dilemma that exists today is one of excreting hegemony over Middle East between US, Israel and Iran which will eventually resolve itself within the near future one way or the other, after all we have 3000 years of history together, and a mere 30 years of downs can not fade that away.