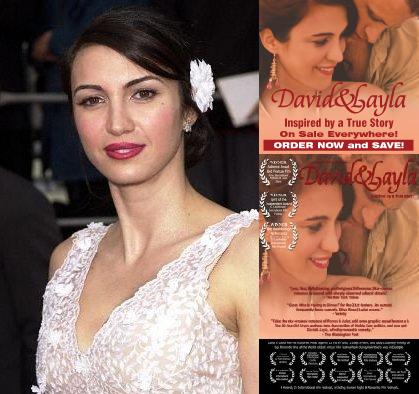 Resident in Syria – possibly dead. Commander of Paris internment camp, deported thousands to death camps under orders of Adolf Eichmann. Convicted in absentia in France but never punished. To this day Alois Brunner – now 90 – has successfully evaded capture. He is believed to live in Damascus using the name of his cousin Georg Fischer, though in December 1999, there were unconfirmed reports that he had died in 1996 and was buried in a Damascus cemetery. Brunner is reported to have been a security adviser to the Syrian government long before Hafez Assad came to power in 1970. He’s said to have invented a torture machine—a variant on the medieval rack.

Geography Location of Most Wanted Nazis Still on the Run:

Stalking the Last Nazi : Serge Klarsfeld attempts to have Alois Brunner expelled from Syria in 1992 by Peter Hellman (The New York Magazine / January 13, 1992)

Hamas TV: Jews enemies of Allah -should all be killed:

Egyptian “Scholars” debate : “Protocols of the Elders of Zion” and Jewish Global Domination

Alois Brunner was born in Austria in 1912 and joined the Austrian Nazi Party in 1931 at the age of 19. His anti-Semitism was considered to be so extreme that he was swiftly tapped to be Adolf Eichmann’s private secretary. As head of the Nazi’s Jewish affairs office in prewar Vienna, he organized persecution that forced thousands of Jews to flee to other European countries and the United States. When World War II started, he sent 47,000 Austrian Jews to concentration camps. After organizing mass roundups in Berlin, he transferred to Greece, where he was responsible for deporting all 43,000 Jews in Salonika within just two months.  In June 1943, he was sent to France to take over the Drancy transit camp near Paris from its French administrators. During 14 months in France, Brunner sent an estimated 25,000 men, women and children to their deaths.

A survivor, Georges Appel, later recalled that Brunner’s mean, cruel demeanor was matched only by his immoral behavior: “He would beat elderly women, and ordered the inmates to prepare Postcards saying that all was well with them.” These were mailed after they had been sent to the gas chambers ..

Brunner often sought after young Jewish women, either pregnant or with infants, to join the deportation to the Nazi death camps. As he said: “I can’t let children live. They will be future terrorists.”  Once Brunner ordered the arrest and deportation of more than 200 French Jewish children. They were loaded aboard the crude cattle cars without any adults to accompany them and were never seen again, according to author Didier Epelbaum in his 1990 book Alois Brunner.

SS Hauptsturmfuhrer Brunner also transported the children of Izieu to Auschwitz. One of the most wanted of all war criminals, Brunner was responsible for the killing of thousands and thousands of Jews.

After WW2 Alois Brunner  found gainful employment courtesy of Reinhard Gehlen and the CIA. Gehlen, Hitler’s top anti-Soviet spy, surrendered to the Americans and offered his services. CIA took the bait and Gehlen re-established his spy organization, and enlisted thousands of Gestapo, Wehrmacht and SS veterans. During the Cold War Gehlen’s network of agents received millions of dollars in funding from the U.S. From 1956-68 Reinhard Gehlen was Germany’s Chief of Federal Intelligence Service.  Later Brunner escaped to Syria where he became a government adviser. To this day Alois Brunner – now 90 – has successfully evaded capture. He is believed to live in Damascus using the name of his cousin Georg Fischer, though in December 1999, there were unconfirmed reports that he had died in 1996 and was buried in a Damascus cemetery.

But German journalists visiting Syria in 1999 said Brunner was living at the Meridian Hotel in Damascus under police protection. Brunner is easily identifiable, having lost an eye and several fingers from letter bombs sent him years ago by French and Israeli security agents.  With the release of Adolf Eichmann’s memoirs, Alois Brunner, whom Eichmann once called his best man, was again in the news. Brunner was already sentenced to death in absentia in France in 1953 and 1954; more recently, a new suit was filed there based on his sending children to Auschwitz. Previous attempts to persuade Syria to release Brunner failed. Germany applied for his extradition in 1987, and in 1991 the European Parliament voted to condemn Syria for continuing to harbor the alleged war criminal.  In 1995 German State prosecutors in Cologne and Frankfurt posted a $333,000 reward for information leading to the arrest of the last leading Nazi still believed to be on the loose.  Germany, Austria, Slovakia, France and Poland currently seek his extradition but until now the Syrians have ignored all attempts to extradite him, including those by Simon Wiesenthal.

The famous Nazi-hunter and Holocaust survivor Simon Wiesenthal has made the pursuit of Nazi war criminals his life’s work and has spent more than half his life doggedly gathering information on the whereabouts of fugitive Nazis. In his introduction to

In the Lion’s Mouth by Joan Campion he writes:

“As these words are written, Alois Brunner, perhaps the most outstanding surviving Nazi war criminal, is living as a free man in Damascus, Syria. Human justice did not get to this man. He committed his crimes not only in Slovakia, but also in Austria, France, Greece, and Yugoslavia, yet he has nothing to fear. All attempts to have him extradited have been refused. It seems that in Syria the murder of Jews is not a crime.”

Brunner was interviewed about 15 years ago in the Austrian news magazine Bunte. He said he did not suffer from a bad conscience for, in his own words, “getting rid of that garbage.” His one regret was that he hadn’t murdered more Jews.

In 1987 in a telephone interview Alois Brunner told the Chicago Sun Times:

“The Jews deserved to die. I have no regrets. If I had the chance I would do it again …” (See Original Source Here )

to rutheless Methods of Extermination of civilians

Activists in the Syrian city of Homs released a particularly worrisome video Friday. It shows the bodies of at least ten people – of whom five are children, four are women and one is a man – laid out in a room. Their bodies are covered in blood, and some of them are disfigured.     According to one of our Observers in Homs, Rami H. (not his real name), this video shows a family from the neighbourhood of Karm Al Zaytoun. He says all 14 members of this family were killed on January 26 when “chabbihas”, militiamen who work with Syria’s security forces and army, paid a visit to the neighbourhood. According to Rami H., who spoke with neighbourhood residents, the chabbihas barged into several houses, apparently picked at random. Then, according to the residents, they took the people they found in these homes out into the street and ran them over with cars.     New images of killings in Syria are posted to YouTube every day. However, this video particularly shocked Syrian web users, because they show women and children – the youngest of whom seems to be at most two years old – killed in what is described as a random and barbaric manner.     According to Rami H., 29 people were killed Thursday in the neighbourhood of Karm Al Zaytoun alone.

What do you do with a nasty old Nazi? Let him stew in exile in South America or use him for the value he might still have? The latter is what the secret services of post-war West Germany chose to do, according to Spiegel magazine.

Investigators have found that in 2007 the German Intelligence Service (BND) destroyed files of 250 BND employees who had been in the Nazi SS or Gestapo. Spiegel says the BND told it that in the 1990s documents about a top wanted Nazi, former SS Capt Alois Brunner, were destroyed.