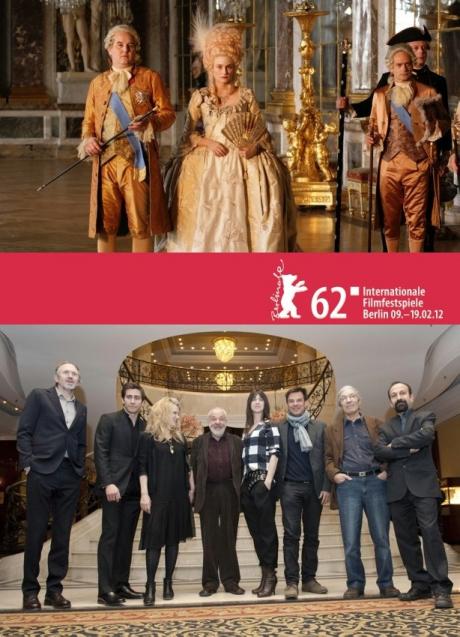 The Berlin film festival, which last year set Iranian drama “A Separation” on the path to global fame, has selected an edgier line-up than normal in 2012 with several up-and-coming directors in the main competition.

A historical drama set at the time of the French Revolution, starring Troy’s Diane Kruger as Marie Antoinette, will launch the Berlin Film Festival later. Directed by Benoit Jacquot, Farewell My Queen looks at the early days of the Revolution from the point of view of servants working at Versailles. The film is one of 18 in contention for the Golden Bear, the event’s top prize (See List of Films Here)

British director Mike Leigh chairs the jury at this year’s festival, which runs until 19 February. The Jury consists of


Berlinale Film Festival 2012: An international stage for German films? Academy award winning German film director Volker Schlöndorff (The Tin Drum) speaks about his new movie, the effects of World War II on his generation of filmmakers, and the future of cinema in Germany.

BERLIN (Reuters) – The Berlin film festival, which last year set Iranian drama “A Separation” on the path to global fame, has selected an edgier line-up than normal in 2012 with several up-and-coming directors in the main competition.

The risk of showcasing unproven talent this year would be worth it if it helped Berlin shake off a reputation for being more conservative in its programming than rival film festivals, critics said.

The annual cinema showcase, during which hundreds of features, shorts and documentaries screen in theatres across the city, opens on Thursday with the world premiere of “Farewell My Queen” starring Diane Kruger as Marie Antoinette.

“It is interesting that there seem to be more young directors who are only presenting their second works,” said Variety film critic Jay Weissberg, a Berlin veteran. “It could mean that Berlin may be trying to be more cutting edge.”

That said, he described the choice of films in competition and various smaller sidebar events this year as “underwhelming” overall, although the movies themselves may prove to be better than they appeared on paper.

Berlin organizers led by festival director Dieter Kosslick will be happy if this year’s festival can uncover another “hidden” gem of world cinema after it awarded A Separation the Golden Bear for best picture in 2011.

The media attention that came with it launched the searing commentary on modern Iranian life on a path to international recognition including a Golden Globe and two Oscar nominations.

None of those films, though, went on to grab the industry’s attention in the same way as A Separation.

Among the relative newcomers competing for the Golden Bear for best picture and other awards at the closing ceremony on February 18 is Indonesian director Edwin, whose “Postcards from the Zoo” is his second feature.

Miguel Gomes from Portugal (with “Tabu”) and French-Senegalese film maker Alain Gomis (“Today”) are on their third movies.

They will rub shoulders with established Hollywood stars who are expected in Berlin this year.

Billy Bob Thornton is in competition with “Jayne Mansfield’s Car” and Meryl Streep will walk the red carpet to pick up a lifetime achievement award and showcase “The Iron Lady.”

The 62-year-old is widely tipped to pick up an Oscar for her portrayal of former British Prime Minister Margaret Thatcher, adding to the pre-awards buzz in Berlin this year.

Angelina Jolie will present her Bosnian war drama “In the Land of Blood and Honey” while the screening of Oscar hopeful “Extremely Loud and Incredibly Close” and Steven Soderbergh’s “Haywire” could up the star wattage.

Bollywood star Shah Rukh Khan is expected at the festival, while Asian movies “The Flowers of War” and “Flying Swords of Dragon Gate” both screen out of competition.

As ever this year, Berlin will remain topical with films on war, politics and nuclear disaster, as well as a section devoted to film makers capturing the “Arab Spring” uprisings.

“We are showing the films in order to create a bigger picture about upheaval and awakening,” Kosslick said when presenting the line-up last month.

BERLIN TRIUMPH: Golden Bear for “Nader and Simin, A Separation”