How many times I’ve told you to cut back on the Turk jokes? 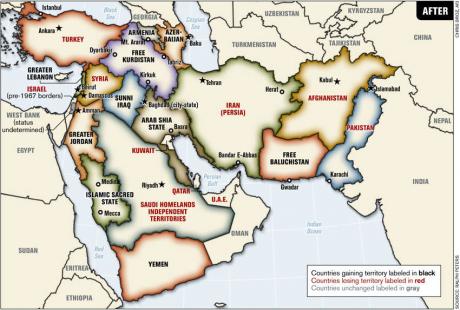 I may not be really that surprised reading blog after blog on IC talking about mistreatments of various ethnicity groups in Iran by the Ruling Persians. It seems that there is a fever going on these days not only on IC but also in the mass media carried by the virus of Dived and Rule.

This sneaky virus has even hit the daily show. Just see how ridiculous the guest, Ali Soufan, the former FBI agent, sounds on the show… claiming that 40 percent of Iranians are Azaries who are not getting along with the 50 percent ruling Persians and not even mention the 10 percent other ethnicities including the Arabs who are strongly opposing the Persian dominance.  Mr. Ali, the FBI agent, probably knows the best and who are we to disagree?

How many times I’ve told you guys to cut back on those Turk jokes … now see what have you done?  Because of you and your not so funny Azari Jokes we are going to see ” the ethnic violence (which pits one group against another), irredentism (when one ethnic group attempts to secede to join co-ethnic communities in other states),rebellion (when one group takes action against another to control the political system), and civil war (when violent conflicts are aimed at creating a new ethnically based political system)”.  How frequently does ethnic conflict occur; James Fearon

For some Prophecy please check this out.  http://live.armedforcesjournal.com

Blood borders. How a better Middle East would look By Ralph Peters