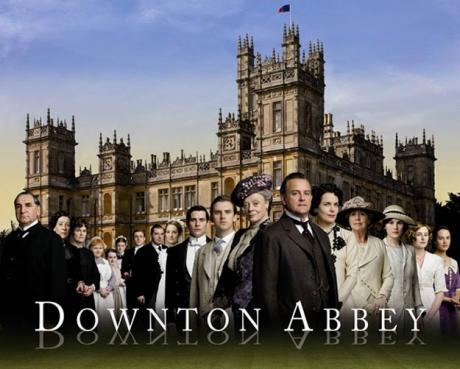 First I want to thank Mr. Arash Sinai for his interesting footage of his recent visit to the old Royal Compound of Sa’adabad turned into a Museum Here

My observation below is not intended towards you or your commendable efforts per se nor the people featured in the footage per se. But in order not to overload the page I decided to blog on it instead.

So below I would like to share my response to what I deem is Anglophile’s fair observation in the following feature on Sa ‘ad Abad posted on IC’s Front page : Pitiful!

Note : You Can either ignore or Watch separately and independantly from the Text the Video’s displayed here merely as illustrations to the arguments presented below.

Indeed anglophile Jan Not even as luxurious as Elysée Palace

Let alone for British Earls like at Downton Abbey

At least now they know that contrary to Popular imagination and distortions the Shah fed foreign diplomats with Iranian Food.

Table menu card from a dinner with Mohammad Reza Shah and Farah, Niavaran Palace, November 19, 1976. (From the estate of a former U.S. senator):

To think We did a silly and clumsy revolution based on clichés and empty slogans we barely understood the significance aimed at drawing distorted parrallels with the French Revolution in a pitiful but alas successful attempt to depict the Shah and Shahbanou’s lifestyle with that of Louis XVI and Marie Antoinette ( See my note at end of my comment on Bahmand Nurumand’s behind Ulrike Meinhof the future German terrorist of the infamous Baader Meinhoff group) :

If only they knew what they were talking about:

The result of which is that our country and it’s prestige on the the International scene is now paying dearly for the childish behavior of some of our self proclaimed ANN TELECTUALS à la Hamid Dabashi :

For someone raised by a devout Shiite mother and a committed socialist father, monarchy has never been my cup of tea. By Hamid Dabashi (cnn)

HISTORY FORUM: Bahram Moshiri’s Take on The French Revolution and Why He Misses The Point ;0)

Ebrahim Golestan: “The Shah’s Coronation Made Me Wanna Vomit” (BBC)

YES, PRIME MINISTER: A Step By Step Guide To Mossadegh’s Premiership and the Coup of ’53 …

FED UP WITH POLITICAL CORRECTNESS: Ahmadinejad is NOT my Prime Minister !

Honestly we deserve what happened to us as a nation.

Who wants to rule on a clueless lot like us be it as King let alone PREEEEEEEEEZIIIIIIDENT ? …

About Bahman Nirumand and Ulrike Meinhof’s letter to Farah Diba:

German transcript of the diatribe written by Ulrike Meinhoff  aimed at depicting the Shahbanou as a kind of frivolous “Marie Antoinette” and falsly claiming that people were dying from hunger in the villiages of Iran.

His book “Persia, a model of a developing nation or the dictatorship of the Free World” (“Persien, Modell eines Entwicklungslandes oder Die Diktatur der Freien Welt”) published in January 1967 had a big influence upon the internationalism of the student uprising. Nirumand became a member of the Confederation of Iranian students. On a lecture tour for his book in Hamburg, he was invited byFreimut Duve and became acquainted with Ulrike Meinhof. They talked about the circumstances in Iran. Upon this, Ulrike Meinhof wrote ın Juni 1967 for the official visit of shah Mohammad Reza Pahlavi in the Federal Republik of Germany an open letter to his wife Farah Diba.[2] In this letter, Meinhof alleged among others that for the peasants of Mehdiabad, a »Persian meal« consists of straw put ın water.[3] In October 1967, a critic was published ın the Spiegel, where several informations about Iran that had been published in the book of Nirumand were rated as dubiose or wrong.[4]In 1979, he returned to Iran before the Islamic Republic of Iran was founded. After staying there for three years, Nirumand went to exile to Paris, as he got no permission to enter Germany. Later, he went to Berlin.