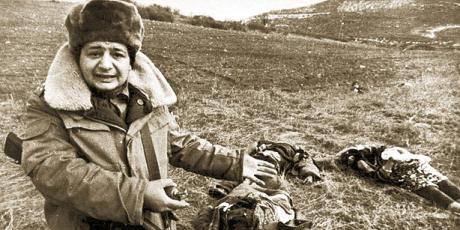 Feb. 26, 1992 is one of the most traumatic dates for Azerbaijanis, as this date is a reminder for the South Caucasus’ Muslim nation of one of the most tragic chapters in its history. In the early hours of Feb. 26, 1992, Armenian Armed Forces, directed by current Armenian President Serzh Sarksyan, along with Russia’s 366th armored battalion, literally wiped Khojaly, a town in Nagorno-Karabakh, off the map.

At least 613 completely unarmed and defenseless people — the majority of who were children, women, elderly, sick and disabled — were killed in cold blood. Thousands were left disabled and hundreds are still missing. The Nagorno-Karabakh war took place over a predominantly ethnic-Armenian enclave located inside Azerbaijan and started in 1988, ending with a fragile Russian-brokered truce in 1994. The war left 30,000 dead and nearly a million displaced. Since then, talks to resolve one of the most worrisome “frozen conflicts” in the former Soviet Union have dragged on, with the enclave controlled by Armenian and separatist forces.

Khojaly Massacre: 20 Years On from Radio.Azerbaijan on Vimeo.