Auditions get underway for Farhadi’s next film 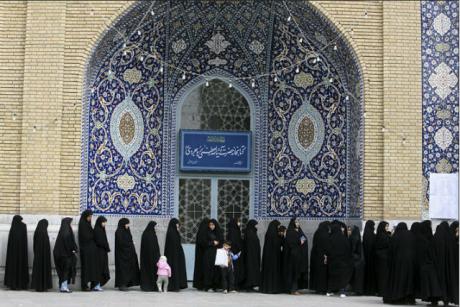 Auditions for Farhadi’s next film in Tehran started today, this time, Farhadi has decided to work on a different angle, where an Iranian husband wearing a t-shirt that you can see his nipples through, decides to divorce his overhejabed wife instead of an over hejabed wife asking for a divorce from her skimpy t-shirt wearing husband.

The Fajr film festival has called this approach, “Genius! Farhadi has shown once again why we have put so much cautious trust, but no faith in him.”

The Cannes film festival not to be outdone by the Oscars again, pre-announced the film as the 2013 winner of the Palm D’Ghor, although the film has not yet been named.

Rumor has it possible names being considered by Farhadi are:

Have a great weekend.