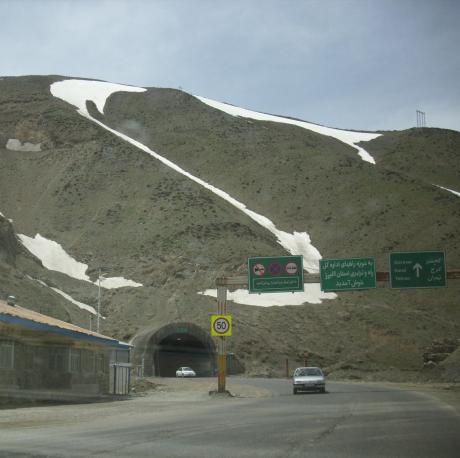 I was reading this article by Frida Ghitis on CNN entitled Four scenarios on Iran nuclear program which are actually 6 scenarios and Ms. Ghitis is trying to hide the most likely scenario as a sub-scenario!  Sort of like our own Bahmani who can’t stand it that Farhadi has won an Oscar and is aimlessly trying to dismiss it!

Anyway, here are her 4 scenarios:

1. Ayatollahs give in to diplomacy and a compromise is reached.

2. Israel or Obama get tired of diplomacy and attack Iran.  Iran loses and a pro western Government is sworn in and everyone lives happily ever after.

2.1.  Iran retaliates and Israel and Obama realize that they have taken on more than they can chew.

3. Iran reaches the ability to make the nuclear bomb and the neighboring Arab countries and Turkey say they want one too.

4. Iran actually makes a nuclear bomb and tells the world they have a nuclear bomb.  Then Iran threatens to wipe Israel off the map so much that war breaks out.

In the end she concludes “The only way war may be avoided is if Iran believes an attack from the West is a real possibility.”  As if!

Well I don’t know about ya’ll but based on previous and most recent experiences in Iraq and Afghanistnan I’d say scenario 2.1 is the most likely scenario, IF Iran is attacked.  If Iran is not attacked then everything else is just lip service which will lose its value with each passing year.  Sort of like the Israeli officials these days who are losing their credibility when their 1 year window of immunities has come and gone so many times that more and more analysts are pointing to the bygone deadlines!

How can attacking Iran with a population of more than 70 million and 4 times as big as and populated than Iraq be a breeze and talked about so non-chalantly when after not only 8 years of war with Iraq but after 13 years of round the clock air sorties above the skies of Iraq over the no-fly zone (1990 – 2003) and mapping and photographing every square inch of the its territory failed to produce any tangible results for US and its allies?

The most likely scenario is that Iran will retaliate.  I hope more analysts would consider and analyze Iran’s retaliation both short term and long term.  I hope our Iranians living abroad who openly advocate or secretly waiting for the war to happen can imagine the repercussions of an Iranian retaliation would have on their daily lives and the reactions of countries they’re living in and people they’re living with.

Yesterday the US Defense Minister Paneta and the Joints Chief were briefing the Congress on Syria.  They said Syria is much more complicated than Libya because of its Military capability so they won’t attack it.  WTF??  I remember some i.com bloggers were saying there may come a time when Ayatollahs’ atrocities would become so much that outside help would be needed.  Well look no further than Syria for that scenario!

As we say in Farsi, politics has neither a mother nor a father and if it does they’re abusive parents!

Photo caption: the old kandovan tunnel on the way to the Caspian region.