The Unacknowledged Anachronism of Iran 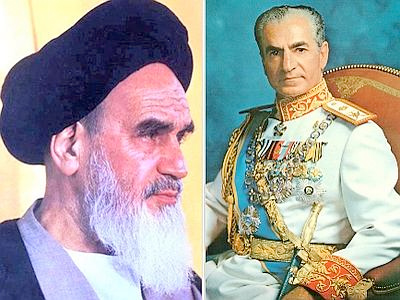 Abbas Milani is one of the best Iranian historians. He conducts a lot of “primary source” research and has a reasonable approach to facts. I have not seen him to intentionally misrepresent facts. But he is wrong about a critical analysis of Iranian history under the Shah. He is not really wrong about the simple facts but rather misses the larger context.

Mr Milani places the primary blame for Iran’s Islamic revolution on the Shah. In his analysis it was Shah’s support of Islam in that decade that unwittingly allowed the necessary elements of the Islamic revolution to come together. But the truth is actually both more complicated and disturbing.

Pahlavi dynasty started the same time that Bolsheviks took over Russia. With a length of over 1,200 miles, the Soviet border was Iran’s largest border. Soviet Union had a nasty habit of swallowing its weaker neighbors. It had tried several times to do that in Iran with the support of Iranian Communists. Those annexations were ultimately only avoided through diplomacy and cold war brinkmanship. It is clear that Shah feared Communists as a very big danger to Iran.

We had a highly religious, society despite over 50 years of systematic efforts to introduce modernity in Iran. Most Iranians did not think in a modern fashion and the hold of religion on most people’s mind was enormous. Although necessary, rapid and massive urbanization of Iranian population in the previous decades had unleashed a new urban-dwelling populace that was less modern and more prone to manipulation of the Islamists.

This aversion to modernity extended well into our educated class and even those who had been educated in Europe and U.S. the centers of modernity. Most of the Iranian “intellectuals” of the time were frightened by modernity. Gharbzadegi (westoxication) became a derogatory term to define and dismiss modernity. Many of Khomeini’s closest advisors and allies were those western educated Iranians. This was a society that even much of its university educated elite was willing to believe in the picture of Khomeini on the moon.

Radical clerics had openly attacked the Shah throughout his rule. In the 1950s and 1960s Fadaiyan Islam had assassinated Hazhir, Razmara and Mansur, three of Shah’s prime ministers. Khomeini and his followers had already attempted to overthrow him in1963. Shah was well aware of the dangers of radical Islamists.

Like many American presidents it is hard to know for certain Shah’s real religious beliefs. Was he sincere in his claims of religious belief or was it a mere political necessity? But given Iran’s history and his fears of both Communists and radical Islamists, it seems quite probable that Shah had decided to co-opt the clerical leadership. In addition to the freedoms given to many clerics, Savak had made regular secret payments to many clerics in order to keep things quiet. Shah had tried to create an establishment clerical system that was beholden to the monarchy. Centuries ago Britain had accomplished the same by creating an official clerical system that belonged to the state and that accomplishment had helped bring stability to the country.

What the Shah had failed to predict was the perfect storm that would successfully bring Khomeini to power.

1) Savak failed to detect and counter the penetration of radical Islamists in the mainstream religious establishments.

2) With the exceptions of Sedighi and Bakhtiar National Front had thrown its entire support behind Khomeini.

3) Iranian Marxists such as Tudeh and Fadayan Khalgh had also become the strong unapologetic supporters of Khomeini and Islamists.

The unlikely alliance of Islamists, Marxists and the National Front created a united opposition front. That alliance created the undeserved respectability for Khomeini among the Iranian population. The savviness of western educated allies of Khomeini also helped to create a moderate image for him in the West. So we witnessed an unprecedented event. The creation of a revolutionary Islamist state.

There is well studied phenomenon in psychology called “hindsight bias”. Also known as “I knew it all along” bias. It refers to the tendency people have to view events as more predictable than they really are. After an event, people often believe that they knew the outcome of the event before it actually happened. There are many people who claim to have known all along that Khomeini would come to power and criticize the Shah for failing to see that.

Shah failed in his attempts to stop Khomeini’s take over of Iran. But that was not the result of not realizing the danger or not trying to prevent it. Shah was aware of Khomeini’s threat and had exiled him for that very reason. The deeper and far more critical fault seems to belong to the Iranian people, specially its educated class, that with very few exception failed to appreciate what Khomeini stood for. Jimmy Carter and his advisors were also bamboozled by Khomeini and used all their influence inside the Iranian Armed Forces leadership to get it to declare neutrality. With that final act, Shahpoor Bakhtiar’s low chance of success against the Islamists dropped to zero.

As Iranian people we wish to have final authority over how we are governed. We should also accept the responsibility that is required for such authority. An honest, and unflinching assessment of our shortcomings that resulted in Khomeini’s reign would be a good start. Once Iranian people accept responsibility for their actions, they would soon assume the authority of self governance.