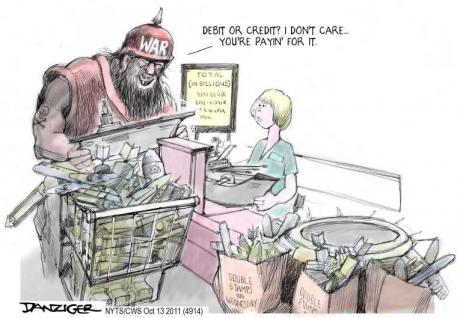 (Note: I will be traveling and probably won’t be able to get online until April 3rd, so see you then. Have a great “Seezdah Bedar”.)

(Today when I started my usual gathering of news items it dawned on me that how consistently lopsided things are and how the warmongering items outnumber those that take an antiwar position.)

(Even though it is very depressing it is not something that has come as a surprise as I saw this coming within the first weeks after 9-11.)

(When Israel attacked Hezbollah in 2006 it was a clear signal that the objective was to neutralize Hezbollah so as to take on Iran. At the time I started a blog called “Iran Information Agency”, which finally got blocked in Iran as I also criticized the regime.)

(This time it’s not possible to access Blogger or other blogging sites from Iran given that they are blocked and they don’t function properly through a proxy but on Iranian.com it’s possible to blog through a proxy, which is very good.)

(I will try to keep this going given time constraints and the thousand of problems I face in Iran.)

(When I look around me here it is so hard to accept that we could be transformed into Iraq. What is also alarming is how dysfunctional the misunderstandings and miscommunications are between Iran and America. The two sides, but really three, consistently talk past each other and nobody hears what the other side says, or if they hear it, they don’t trust what is said.)

(At the moment the only barriers to war are the unpredictable consequences of military action and its certain out of control escalation, and of course the increase in oil prices.)

(Preventing war depends on the willingness of the parties to sit down and talk but they need to be unconditional and put into practice the principles presented in “Getting To Yes”, a brilliant book that all negotiators should read. The author essentially says the first step is to establish clearly what each party’s interests are and based on this work towards an agreement that fulfills these interests. Iran’s, Israel’s, and America’s interests are easy to list and I’d argue that it is possible to find an arrangement whereby these interests can be fulfilled, or at least to an extent that it would be far more preferable to military action.)

(Unfortunately, Iranians that live in Iran and are not regime supporters will have to wait because it is impossible to work towards change under the current circumstance. The smallest criticism of the regime will end being interpreted as supporting the enemy and justify a brutal crackdown.)

(However, if negotiations do succeed in heading off war then Iranians can work towards change, which is essential to establishing the foundations for long-term peace because an inherent feature of this regime is that it has a balls eye painted on its back as far as Western powers are concerned.)

(Finally, to bring about change in Iran it is critical that Iranians have a clear understanding of what constitutes democracy and how it works because if they don’t then sham elections can be substituted for “democracy”. They also need to understand by what is meant by “rule of law”; that laws govern the nation, not an individual or faction or single party. If these two concepts can be communicated and clearly explained to all Iranians then this will be a giant step towards change.)

(We will get there eventually but not if bombs are dropped on us or if “crippling” sanctions are imposed because both of these actions will strengthen those holding power, as it is evident at this very moment.)

(Peace is the answer, not war.)

Iran Talks: What Should Be on the Table?

Iran’s Internal Politics: The Supreme Leader Grows Ever Lonelier at the Top

The Only Option on Iran

Heeding the experts on Iran

On to the Next War!

America’s Obsession With Israel and Iran

War on Iran? It is too soon to reminisce about Iraq, let alone have a repeat